The US and its coalition allies’ combat aircraft have bombarded Syrian Raqqa in a manner reminiscent of the firebombing of Dresden during World War II, the spokesman for the Russian Defense Ministry Major General Igor Konashenkov said on Sunday, according to TASS. According to Konashenkov, thousands Syrian civilians were killed in the operation to liberate the city from terrorists belonging to the Islamic State.

“Raqqa has endured the same fate as Dresden in 1945, which was erased in the British-American bombing,” the General said.


Raqqa, located on the northeast bank of the Euphrates River, about 100 miles east of Aleppo, was captured in 2013 by ISIS, which in 2014 made it its capital. As a result, the city was hit by airstrikes from the Syrian government, Russia, the United States and several other countries.

Most non-Sunni religious structures in the city were destroyed by ISIS, most notably the Shi’ite Uwais al-Qarni Mosque, while others have been forcefully converted into Sunni mosques. On October 17, following a lengthy battle that saw massive destruction to the city, the Syrian Democratic Forces (SDF) declared the liberation of Raqqa from ISIS to be complete.

The bombing of Dresden was a British/American aerial attack on the capital of the German state of Saxony, that took place during the Second World War in the European Theatre. In four raids between February 13 and 15, 1945, 722 heavy bombers of the British Royal Air Force and 527 of the United States Army Air Forces dropped more than 3,900 tons of high-explosive bombs and incendiary devices on the city. The bombing and the resulting firestorm destroyed more than 1,600 acres at the city center. An estimated 25,000 Germans were killed.

Which suggest that the Defense Ministry’s spokesperson was likely exaggerating a bit.

Nevertheless, the Russians accuse Washington, Paris and Berlin that their announcement of investing millions of dollars in the restoration of Raqqa is, in reality, an attempt “to hide evidence of the barbarian bombing by the combat aircraft of the US and the ‘coalition,’ which buried in Raqqa’s ruins thousands civilians, whom they ‘liberated’ from IS,” as the spokesman put it.

“Over recent years, Russia has addressed the US and the European capitals asking to send humanitarian assistance to the Syrians suffering from the war,” he noted, adding: “Every time, the answer from Washington, Berlin, Paris and London was the same: we cannot and we shall not.” 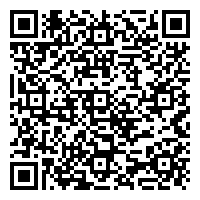