I’m big on color-coding things, which is one of the reasons that this graphic is so helpful for me.

At this point, it seems that various news sites are still giving conflicting numbers concerning the popular vote, re:Trump vs Hillary. But when you look at this map, and you see the paltry amount of states that gave Hillary Clinton the majority or plurality of its votes, Trump’s victory is much more convincing.


That swath of red which goes almost from coast to coast, certainly from north to south and demonstrates a very convincing show of support among the vast majority of states for Donald Trump.

If you go through the numbers state by state, you will see that many of Hillary’s big popular vote victories/majorities were in the bigger states which gave her a “surplus” of popular votes which cannot be transferred to a different state.

Also in the states that had a close popular vote between Hillary and Trump, the win for Trump came from the fact that there were many who voted for one of the “third parties,” a party that had no chance of winning. They could also be called the “spoiler” or “distorter” parties.

For decades, “middle America,” or “the silent majority” have claimed to be disenfranchised by the mainstream media and also the party establishments of both Democrats and Republicans. Ronnie Reagan and Donald Trump both gave that segment of American society the feeling that somebody understood their concerns.

And in general, when you think of the very low voter turnout in the United States, it seems pretty obvious that people prefer complaining (and rioting possibly) to actual voting.

Also, don’t forget that there’s a shadow or illegal society living in America who have been there illegally, without papers/citizenship procedures sometimes for decades. Children born to them in the USA are citizens which create a very Kafkaesque situation. It’s sad, but it’s complicated and the media has been highlighting stories about them, as if they are innocent victims of American injustice, even though technically they are criminals. Before legalizing the illegals, I think the American Government should speed up citizenship procedures for those who have been so carefully following the rules and not reward those who haven’t.

The pundits have been showing surprise at the higher than predicted Latino/minority/immigrant support for Trump. Those pundits were not listening; they were projecting according to racist ideology and totally misread the situation. The Latino/minority/immigrant sector working at precarious minimum wage jobs live in fear of losing their income to illegals who will work under the table for less. Also they feel like “suckers” having gone through the difficult bureaucracy to become citizens, when Obama/Hillary have been campaigning to make it easier for illegals.

I’m sure that the Clinton team is having major problems trying to figure out why, even after bringing in the most popular cinema and sports celebrities to campaign for her, she still lost. This is just proof of how totally ignorant that segment of American society is of the “other half.”

On BBC I saw a graphic showing the difference in media support for Hillary vs Trump. She had this enormously high pile of newspapers that publicly supported her versus a very low pathetic looking pile for him. But he won. Most voting Americans don’t give hoot about what the media thinks.

Way back when in the mid-1960’s when I was active nationally in NCSY, the youth organization of the Orthodox (Jewish) Union people would try to tell me how New York is not like the rest of the United States. Looking at that colored map on the top of this post, I’m beginning to understand them more and more.

The United States is not united, not at all. There are dangerous divisions, no less than there were in 1860 as the pro-slave-owning south split/seceded from the union. Americans have a lot of thinking to do if they want to remain a united states in North America. 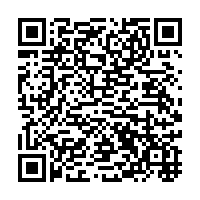