This will soon change, you know, but for now it was fascinating to watch how State Dept. Press Office Director Elizabeth Trudeau, at a daily press briefing, November 14, 2016, was able to describe the exact same construction issue as against and for peace, depending on the religion of the people involved.

A reporter said: “Yesterday, Israel’s ministerial committee for legislation unanimously approved a law to retroactively legalize the illegal outposts. Do you have any comment on that?”


Trudeau responded: “We’re deeply concerned about the advancement of legislation that would allow for the legalization of illegal Israeli outposts located on private Palestinian land. … If this law were enacted, it could pave the way for the legalization of dozens of illegal outposts deep in the West Bank. … Our policy, as you know, on settlements is clear. We believe they are corrosive to the cause of peace.”

Next question, without an interruption, hardly a break for air:

“Also, a couple of days ago the Israelis made a Palestinian family of 12, or a number of families, demolish their own homes in East Jerusalem. I wonder if you have any comment on that.”

Trudeau: “We’ve spoken before to this practice of demolition. … We believe that any actions like that raise tensions are counterproductive to peace.”

To conclude: building Jewish homes in Judea, Samaria and eastern Jerusalem without legal authorization is “corrosive to peace,” while building illegal Arab homes in the same territory is not only a good thing, demolishing them is also corrosive to peace. 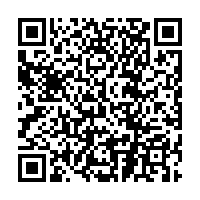