For decades already, basically since the 1973 Yom Kippur War, successive American governments have promised to “help” the State of Israel by assuring us “Strategic Advantage” over our neighboring enemies.

That is how Nixon and Kissinger supported, sic, Israel during that war. Their aim was to allow Israel a victory without its truly defeating Egypt and Syria. They wanted Israel to be fully dependent on American aid/support without its being destroyed/defeated. This was the first time Israel had fought a war for survival with any sort of foreign ally. Our 1967 Six Days War’s victory was ours and ours alone, with the help of Gd and the Jewish People all over the world.


Israel’s tragic mistake, which we’re still paying for, is not acting like a victor should. We didn’t fully accept the surrender of the Arabs in 1967. We’ve been attempting to negotiate “peace” ever since, which just makes us look weak and act weak.

That’s why Egypt and Syria thought they had a chance to defeat us just six years after their defeat. This yearning for peace makes us appear weak, which isn’t an illusion. That’s why the State of Israel has been accepting the fork-tongued assistance and aid from America. The latest package/deal from Obama is the actualization of the Nixon-Kissinger plan. The conditions for Israel’s acceptance of the aid, sic, buy-in-America shopping coupons is the weakening of the Israeli military industries, which makes Israel even more dependent on the USA.

“Strategic Advantage” does not give Israel the ability to fight our enemies into submission. We can only “slap it” and if we need more weapons, it is only with American approval/permission. They not only hold the purse-strings, they have the keys to the factories.

If you liken our enemies to a “cancer,” this is very much like those who have been told by their doctors that the best scene scenario is “living with cancer” which can be controlled by periodic or frequent doses of chemo, just enough to keep the cancer from growing and not enough to kill the patient.

It’s one thing when you have no choice, as in certain types of cancer, but we do have a choice. This American so-called aid is also an addiction. Withdrawal may be painful for a period of time, but afterwards the body will recover and be healthy.

The Jewish People have just celebrated the beginning of the new year, 5777. It is time for us to take charge of our fate, continued existence. Gd will help us if we take the right steps. 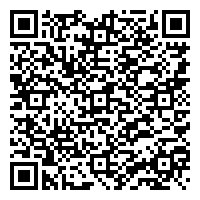