The Palestinian Authority on Sunday afternoon issued a call to shut down shops in the Old City of Jerusalem and a general strike, in honor of the the martyrdom of Jerusalem terrorist Mesbah Abu Sabih, a PA Tweet revealed.

A post by the Shehab news agency reads: “The Martyr Mesbah Abu Sbih carried out the shooting in occupied Jerusalem which killed a cop and an Israeli settler and wounded 6 others. He was killed in a surprise ambush.”


A poem has been posted in his memory on Facebook, reading: “The lamp (mesbah in Arabic) illuminated the darkness spread over Jerusalem / And his rifle reaped a harvest of the bastards / His extinguished fire protects the homes of Jerusalem. 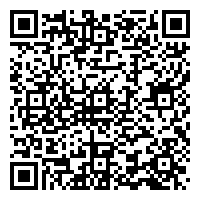