Admittedly, since I’m not home, I haven’t read or heard much news. Yesterday someone mentioned to me that my State of Israel had announced they would wall out the terrorists, try to block the Arab terror tunnels by creating some science fiction type of underground wall so the terrorists can’t tunnel into Israel.


I can’t imagine anything more ridiculous. When the “greens” protest the damage to the Land, fauna and flora they will have a good  point.

And it won’t stop terrorism at all. Again it’s like the cutting of the brooms in the animated movie Fantasia.

To stop the Arab terrorism we must get in their mindset and not act so wimpy, apologetic and technological. It’s like trying to combine bubbles with staplers, or making a “pile” of water, thinking it’s like trash or rubble. You can’t sweep water into a corner. Terror is a psychological mindset, a combination of sociopath, ideology, brainwashing.

It is terribly dangerous to project one’s own mentality onto the terrorists, thinking that the logic or goodness that would convince you to do something would influence a terrorist. The truth is that it just shows our weakness and makes them stronger and more confident.

A wall is just something to bypass. We must defeat the terrorists militarily, psychologically and politically. Nothing else will do it!!

Today’s Mabul Echoes The Past 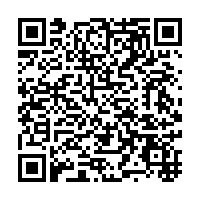