A campaign sponsored by Regavim is being waged to encourage British citizens living anywhere in the world, whether it be within the boundaries of the UK, or elsewhere, to vote against the UK remaining in the European Union.

The referendum on whether Britain should remain in or leave the EU is to be held this week, on June 23. British citizens are eligible to vote as long as one was listed on the electoral register in the past 15 years. But it is important to have registered by June 7 in order to be eligible to vote in this referendum.


The “Support Israel – Leave Europe” campaign describes all the reasons why encouraging Britain to leave the European Union is a great way to support Israel.

For a start, the EU has been accused of taking actions against Israel that are tantamount to state-sponsored anti-Semitism. Among those are the orders given to its member states to specifically label products made by Israelis living in Judea and Samaria – an order given to separate Jewish-made products in those regions. Yet no other such order was issued to label products made in communities based in the 200-plus land disputes elsewhere around the world.

The EU has generously funded NGOs dedicated to defaming and in some cases actually framing Israeli soldiers, as well as pursuing anti-Israel boycott and lawfare agendas.

In addition, the EU has built more than a thousand illegal structures on Israeli land in Area C under the Oslo Accords, in its attempt to establish “facts on the ground” to advocate for a de facto Palestinian Authority state. The EU has also build roads, dug wells, installed windmills and electricity pylons in such areas – all without Israeli authorization.

These activities have been carried out using aid money for political purposes rather than for which it was donated and allocated.

It is this kind of activity that has so outraged British parliamentarians and many British citizens, who accuse the EU of using aid funding to “meddle” in the internal affairs of a sovereign nation.

But Britain has not lacked for “meddling” credits: The UK has been quite generous in its contributions to the Palestinian Authority coffers, which flow into those of the Palestine Liberation Organization.

Millions in funding are donated to the PA direct from the UK. Much of the money is used to support the bloodthirsty terrorists responsible for murdering Jewish families, with the PA handing funds to the PLO to pay terror inmates.

Amjad Awad, who in 2011 stabbed to death Ruth and Ehud Fogel, their 3-month-old baby and two toddlers, has thus far been paid an estimated 16,000 British pounds Sterling, according to Regavim. His accomplice and cousin, Hakim Awad, has also received a “salary.”

It is believed that Hamas bomb-making expert Abdallah Barghouti has so far received a total of 106,000 British pounds Sterling. Barghouti is serving a life sentence for his part in terror attacks that took place during the second intifada in Jerusalem and Tel Aviv.

The UK is comprised of a population that makes every decision one that challenges any parliamentarian. But leaving the European Union would certainly be a practical start to regaining control over the political dispensation of its fiscal resources. 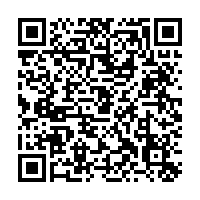