International orders are based on voluntary action and after all the champagne flutes are lifted to toast peace, no one particularly wants to go out and enforce it. Not against a big target. The League of Nations folded out of sheer gutlessness. The United Nations hasn’t gone the same way because it has yet to encounter a major war that would expose its uselessness. Had the Cold War gone hot, we would be reading about the United Nations in the history books. When the conflict with Islam truly explodes, the United Nations will be one of the first casualties.

The international order does not exist to prevent war, but to maintain the illusion that the current level of stability and order is due to a new plateau of human enlightenment, rather than because the combination of factors waiting to turn the simmering grudges and power vacuums of yesterday’s conflict into tomorrow’s war have not yet come to term. Then the tanks cross the Polish border, the planes crash into the towers and the illusion begins to collapse. The ability is gone and there is a sharp diving line between those members of the international order who will fight and those who will cower in a corner.


American elites have always had a strong Transatlantic tendency. Throughout the 19th Century, the United States was pulled to the West, but increases in communications and transportation technology, combined with government centralization, drew it back to the east and across the ocean into a European alliance to protect the mother country and the continent and patch together the ragged pieces of a post-colonial European order. From the 1940’s onward, the United States was tasked with arbitrating the conflicts between the European Left and Right, and between its moderate and immoderate left.

The Pax Americana realized many of the European plans, tying together international law with free enterprise, generous international aid and a dose of moderate policing. It was a post-colonial colonialism based on ideas that we insisted were universal, even though the only countries that really held them to be self-evident truths were the colonial powers and their offspring. But mostly it all depended on American power. It still does.

The only thing worth knowing about international affairs is that everyone hates the United States and every other country in the world that isn’t their own. The degree of hatred varies with prominence, proximity, and exposure. Everyone hates their neighbors, even if they don’t have much prominence or exposure. Most hate prominent countries with a great deal of exposure. Even minor countries that are far away, but have a great deal of exposure end up being hated after a while.

Mostly this hatred isn’t violent. It takes the form of resentments, stereotypes, and grudges funneled into soccer matches and angry wars of words between politicians over some minor trading dispute or the position of a few islands on the border; small reminders that we aren’t an enlightened breed, we aren’t noble people, we are often petty and territorial. We are only human, and the international order that we built is only human. It has the same petty hatreds and resentments, and the same cowardice and criminality that we are capable of. The international order is a mob, and mobs are ugly things. They will tear apart the weak while fleeing the strong. A mob has less morals in a group than its individuals do. And this is the international order that we have staked our future on.

We have fought two useless destructive wars on the terms of the international order, with international alliances aimed at stabilizing regions, and turning rogue states into good members of the international community. We failed both times, and we lost far more men and women on these stabilizing exercises than we did in fighting the wars. We recently fought a third war with nothing to gain for it and plenty to lose. We are likely to launch a fourth war this year for the same reason, and continuing doing this road is madness. 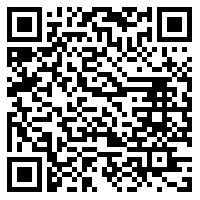