Honenu reports that on Monday an indictment was filed against two youths from the Ramat Migron outpost charged with assaulting a policeman. The two were arrested just before Shabbat last week, after, according to police, they refused to leave the outpost despite a closed military zone order effective on the site. According to police they violently resisted their removal from the site.

Just before Shabbat, large forces of Border Guard police raided Ramat Migron, only hours after they had destroyed the home of one of the residents who was about to get married Monday. Police ordered the youths to leave the site moments before Shabbat, when it was clear they would not be able to reach their parents’ homes without desecrating Shabbat.

The three arrested youths were taken by force to the detention center at the Russian Compound on Shabbat, despite their opposition to violating Shabbat. The parents of one of them, a 15-year-old, said that they only learned after Shabbat of their son’s arrest. The message from police regarding the minor’s arrest was recorded Friday night at 8:03 PM, after Shabbat had begun.

The detainees were brought to Jerusalem Magistrate Court on Saturday night, and police asked that two of them be remanded to jail, after being charged with assaulting a policeman. Police asked that the third detainee, the minor, be released on condition of a restraining order backed by a bond, banning him from the outpost for half a year.

The indictment was issued without an interrogation, as the detainees refused to speak to police on Shabbat.

Honenu attorney Adi Kedar argued in court that it made no sense for police to formally indict a suspect without interrogating them. But Judge Mac-Kalmanovitch nevertheless extended the remand of the first two youths, and released the minor with a restraining order, backed by a bond, banning him from Ramat Migron.

Attorney Kedar said in response: “I regard seriously the fact that police conducted an investigation for appearance’s sake only, even though they knew that the detainees would not cooperate during interrogation, and on that basis filed an indictment. I am even more surprised that when the court was offered a viewing of a short video that would refute police claims, the court refused due to the late hour (1:30 AM). I am sure that later on this piece of evidence will be a significant and determining factor in the case.”

The two defendants were sent to house arrest until Wednesday, when a deliberation will take place concerning the evidence police has on the case. Honenu attorney David HaLevi represented the detainees in Monday’s deliberation.

Honenu stated that that “after the court greatly diminished the ability of police to use closed military zone orders, police found these illegitimate means to circumvent the court’s decisions.” 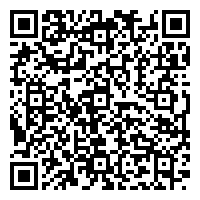