Austerity — what governments are currently experiencing in Europe – can be a bad thing. It is a well-known basic economic theory that when politicians try to slash the government budget by taxing citizens rather than by cutting government expenditure, they only harm the economy, which results in less tax income and worsens the situation. In the early 1970s, economist Arthur Laffer visualized it by drawing a curve on a napkin, indicating that from a certain point on, higher taxes result in less government income. When taxes are raised even further, the economy begins to contract.

A typical example can currently be seen in the Netherlands. The country’s economy has not grown in the last three quarters. Pressured by the European Union, austerity policies were introduced in 2010. Last April, the government fell when the Freedom Party of Geert Wilders refused to back a new austerity package of €11.5 billion, of which only €4 billion was to come from cutting expenditures and €7.5 billion was expected to come from raising taxes. The new austerity round was nevertheless imposed by the EU, which insisted that the Netherlands trim its budget deficit to 3% of BBP in 2013. Geert Wilders was right to have refused to go along with the latest plans. Not only will the amount of €7.5 billion in new taxes in all likelihood not be reached, but the Dutch economy will be hampered even more.

Geert Wilders’ party is expected to do well in next September’s general elections. The electorate agrees with his rejection of the austerity package. Like Mr. Wilders, it blames the EU authorities in Brussels for imposing these policies on the Netherlands.

The same phenomenon can be seen all over Europe, with electorates in revolt against EU-imposed austerity everywhere. The rising unpopularity of governments that are trying to cut back their deficits has worried the IMF. Earlier this month, IMF Managing Director Christine Lagarde said that the IMF is aware that fiscal austerity holds back growth and that the effects are worse in an economic downturn. This is, however, only a half-truth. As no one, not even the state, can indefinitely continue to spend more money than he receives, cutting government expenditure – hence austerity – is badly needed. The problem is that the austerity policies are targeting not the institution which is living beyond its means — namely the government — but the taxpayers. As Europeans are already suffering tax levels that are almost twice as high as those in the U.S., it is only natural that the voters are in revolt.

The irony is that the austerity policies of the past years have been imposed at the behest of the unelected liberal, leftist authorities in Brussels on center-right governments in the EU member states. The electorates are punishing their center-right governments by voting in center-left politicians who promise to end the austerity policies and “tax the rich” — a course that will make matters even worse.

The Dutch are lucky to have Geert Wilders; but the French, who lack an equivalent of Mr. Wilders, quite understandably voted President Nicolas Sarkozy out because they disagreed with his austerity policy. However, they voted the Socialist François Hollande in, who will undoubtedly only heighten the problem.

The same phenomenon can be witnessed in the United Kingdom. Two years ago, the Conservative David Cameron managed to oust Labour. Today, polls predict that if elections were to be held now, Labour would beat the Conservatives with a margin of 10%. David Cameron is fortunate that Labour leader Ed Miliband is unpopular or the margin might be even larger.

What did Cameron do wrong? He, too, made tax payers pay for austerity. One of the first things Mr. Cameron did was to raise Britain’s top tax rate to 50%. The result was that the tax revenue from Britain’s highest income group fell. Another thing Cameron did was to raise sales taxes. VAT – or Value Added Tax – rose from 17.5 to 20%, the highest level ever, as part of Cameron’s effort to bring down the country’s budget deficit. 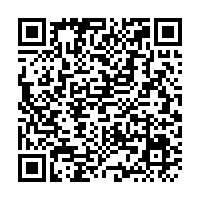