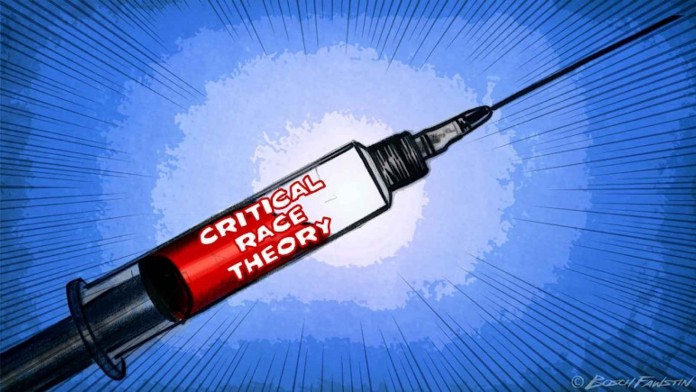 Last year, Squad members and leftist Democrats introduced the Drug Policy Reform Act which would decriminalize drugs at a federal level. The Act falsely claims that the drug war led to  “the deaths of countless black and brown people”.

But even without a federal law, drug decriminalization has swept the country.

While 38 states decriminalized marijuana, that’s just the first step. Oregon decriminalized heroin and cocaine even though the state has the second-highest substance abuse rate. Last year, drug overdose deaths in the state rose 41% compared to 16%nationwide.

Over 1,300 people died from drug overdoses in San Francisco in the last two years on pro-crime DA Chesa Boudin’s watch. “The days of giving dealers a free pass to flood the streets with fentanyl are over,” DA Brooke Jenkins, the black female replacement for the white leftist pro-crime activist, promised. “We cannot allow our residents to die on the street of overdose.”

Oregon’s Secretary of State and the Oregon Criminal Justice Commission claimed that racial disparities would be almost entirely eliminated by drug decriminalization.

Among young black men, 15 to 24, the demographic that Democrat and some Republican politicians had particularly taken care to protect from the impact of the so-called “prison pipeline” through drug decriminalization, overdoses skyrocketed 92%. Among black people 25-44, drug overdoses climbed 55% and even among black people in their sixties, overdoses were up 44%.

2020, the year of the Black Lives Matter race riots, proved particularly deadly to black people due to the black nationalist hate group’s insistence on dismantling the criminal justice system.

The number of black people murdered in 2020 rose 62% as the culture of lawlessness unleashed by police defunding, prison releases, court shutdowns and general decriminalization claimed the lives of 5,839 black people.

That was an increase of 2,244 black deaths in one year.

Combined with the over 2,000 extra overdose black deaths, that’s 4,259 added black deaths due to criminal activity in the year when black lives were supposed to finally “matter”.

While black nationalists and their leftist allies falsely accused law enforcement of committing “genocide”, the culture of criminality that they unleashed was so horrifying that a Johns Hopkins report on gun deaths in 2020 found that “In 2020, one out of every 1,000 young Black males (15–34) was shot and killed.” It noted that, “More than half of all black teens (15–19) who died in 2020—a staggering 52%—were killed by gun violence.”

The over 13,000 total black deaths from criminal activity in 2020 and, in particular the catastrophic increases in criminal deaths among young black men, look a lot more like a genocide, but it’s a self-inflicted genocide enabled by white wokes who claim to want to save black people from a fictious “systemic racism” while causing thousands of black deaths.

The CDC’s drug overdose death report shows that drug decriminalization proved to be as deadly to black people as the rest of the leftist and black nationalist agenda. In the face of these numbers, the media and pro-crime activists claim that the real problem is the lack of treatment.

But the CDC’s own report notes that “among black persons, the drug overdose rate during 2020 in areas with the highest mental health provider availability (46.7) was more than 2.5 times as high as the rate in areas with the lowest rate of providers.”

Drug overdoses increased across the board in 2020, but the highest impact was on those who were the most vulnerable, not because of false constructs like “systemic racism”, but a history of addiction. The populations most likely to use drugs were most affected by drug overdoses.

That included not only black people, but American Indians as well who also have high abuse rates.

Back in Oregon, black people were twice as likely to die of drug overdoses than white people. Decriminalizing drugs hadn’t defeated systemic racism, it led to more black deaths.

None of this is a surprise.

Pro-crime leftists accuse President Nixon of racism over the drug war, but he was frantically trying to win black votes. It was former Rep. Charles Rangel who had urged Nixon to go to war on drugs. “Public enemy number one in the United States is drug abuse. In order to fight and defeat this enemy, it is necessary to wage a new, all-out offensive,” he had argued.

In 1973, 71% of African-Americans in New York wanted drug dealers to be sentenced to life in prison without parole while some civil rights ministers and black intellectuals were calling for the death penalty for the men who were destroying black communities.

“Those of us who fight for our children’s lives know what we have to do,” Orde Coombs, a contributing editor to New York Magazine wrote. “We must walk through our Harlems and find the black pushers and kill them in their burgundy jump suits.”

His was not a lone view.

The only thing surprising about what happened in 2020 was that anyone was surprised by it.

The drug war, like the war on crime, was not the invention of white racists, but black community leaders who were seeing their neighborhoods devastated by drugs and drug dealers. Black nationalists advocated against any kind of law enforcement, not because they cared about black lives, but out of a separatist agenda aimed at dismantling the country and its institutions. Leftists joined the campaign to take apart the criminal justice system out of the same overriding goal.

13,000 black deaths in one year are a small price to pay for the destruction of America.

Thousands of dead black people are the Left’s latest achievement in anti-racism and equity. From Planned Parenthood to pro-crime, the only thing leftists really help black people do is die.