The Israeli government’s security cabinet decided on Sunday to offset about NIS 600 million from the tax money that Israel collects on behalf of the Palestinian Authority (PA) and freeze it. This is the same amount that the PA transferred in 2021 to terrorists imprisoned in Israel and to their families. The funds will be offset in 12 segments, NIS 50 million a month.

Security officials presented data to the effect that in 2021, the PA transferred NIS 600 million to terrorists imprisoned in Israel and their families and to released prisoners. Therefore, it was decided to freeze the same amount of funds from the tax revenues that Israel collects for the PA.


Responding to the decision, Hussein al-Sheikh, Secretary General of the Executive Committee of the PLO, accused Israel of “continuing with its money piracy over the Palestinians’ funds and deciding to deduct hundreds of millions of shekels to further embed the policy of financial blockade and steal our money in a step that adds to the daily escalation in our cities, villages, and camps and the legalization of our bloodshed.”

The government was acting in accordance with a 2018 law that aims to penalize the PA for its practice, dubbed “pay to slay,” of providing salaries to Arabs who committed acts of terrorism against Jews. The stipends are paid out in varying amounts in accordance with the crime and sentence; the more violent and lethal the attack, the higher the monthly stipend.

According to the “Deduction Law”, the defense minister is required to present information to the security cabinet regarding the funds paid by the PA to terrorists and their families at the end of each year. The Finance Ministry must then deduct 1/12 of that sum from the taxes and tariffs Israel collects for the PA every month.

According to the PA’s pay scale, the salary of an imprisoned terrorist begins at NIS 1,400 every month from his first day in prison, and gradually rises to NIS 12,000, in accordance with the amount of time he has been in prison. Therefore, the more severe the attack was, the higher the stipend the terrorist is set to receive.

Israel has warned that these payments are an incentive for terrorism. 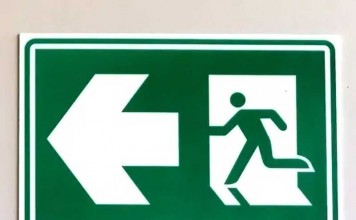