50 years after Ms. Magazine was founded by Gloria Steinem, the prototypical feminist magazine decided to erase women by referring to them as “birthing people” and “people with vaginas”.

Once the champions of newspeak jargon like “herstory” that was supposed to emphasize the role of women, Ms. Magazine and the Feminist Majority Foundation are now erasing women. After generations of accusing men of objectifying women by reducing them to body parts, the professional feminists are eliminating women entirely by reducing them to body parts.


Ms. is short for Miss which was itself short for Mistress. At some point, the magazine will have to be renamed to Xer or They. And the Feminist Majority Foundation owes its name to yet another romance language name for women creating a movement named after women without women.

Can there be a feminist movement without women? Will feminism have to be renamed Xerinism or Theyinism?

In 2020, 55% of white women voted for President Trump despite a drumbeat of denunciations of “white women” in the previous election. White women had built the feminist movement which then read them out of the movement. But black women, championed as the new face of feminism, have been replaced by “black birthing people” by the Feminist Majority Foundation.

What is the purpose of feminism without women except to prevent “birthing people” from birthing?

But feminism often didn’t have very much to do with women. The term was coined by the mad French socialist Charles Fourier who also believed that women should have four husbands and that human beings would grow to be seven feet tall and develop tails. More seriously, he envisioned the end of the family and collectivist living that influenced the nightmarish socialist utopias that used him as a model.

As one critic noted, Fourier envisioned abolishing marriage and using women for “sexual services” that would be “bought by society as a whole to further industrial or general economic productivity”. It’s easy to mock Fourier’s deranged ideas, but his central premise of replacing marriage and the family with a collectivist system is still at the heart of modern feminism.

The current feminist abstraction, in which gender is a state of mind and the best way to reinforce that is by erasing the existence of women, is no less insane than Fourier’s utopian society of 7-foot-tall women with tails living in communes and practicing industrial prostitution. When you don’t deal with the reality of people, life becomes a science fiction novel written by inventing new ways of living to solve the social problems of human nature.

Leftist theories ignore human nature and blame social problems on the failure of everyone to accept their theories, abandon their genders, private property, and religion, and grow tails.

The radicals insist that they’re liberators because they reduce everything to power relations. It was simple enough in the 19th century to reduce life to simple binaries of the rich and the poor, men and women, white and black, and declare themselves the champions of the oppressed against the oppressors. In a multicultural society, the binaries become more complicated.

But leftist ideology is a machine for simplifying human complexities into the same binaries.

And it’s not just happening to women.

Latinos are being replaced by Latinx and divided by race. The “white hispanic” is denounced as an oppressor. So is the white gay man within the gay category. Even black men are being reinvented as the oppressors in the black category.

Or as one site put it, “Straight Black Men Are the White People of Black People”.

And women, apparently, are the white people of birthing people. Can you blame feminism for turning its back on women after they turned out to be the oppressors?

Feminism, like every other ‘ism’ and every identity politics movement, was not concerned with the rights of women, but with social utopia. Identity politics is just a multiplicity of front groups for the same movement which co-opts group struggles in order to construct a totalitarian state.

“Would it not in that case be simpler for the government to dissolve the people and elect another?” Bertolt Brecht rhetorically asked the East German regime after it warned that the people must win back the confidence of the government.

Like the way Columbus, Ohio abolished Columbus Day, but kept its name, Ms. Magazine and the Feminist Majority Foundation, not to mention the numberless other feminist organizations, are getting rid of women, but still keeping the “W” word, Ms. and Feminist in their names.

The ACLU rewrote Justice Ruth Bader Ginsburg’s quote, “The decision whether or not to bear a child is central to a woman’s life, to her well-being and dignity” to eliminate “woman” and “her”, but it hasn’t renamed the ACLU Women’s Rights Project that Ginsburg co-founded.

The leftist advocacy group understands the emotional power of the “W” word. When it calls Ginsburg a “champion for abortion and gender equality”, the phrase has curiously little power compared to a “champion for women”. Replacing women with “birthing people” only to champion the ‘unbirthing’ of their babies is a typically self-nullifying proposition. As is championing “gender equality” while eliminating the gender that might be in need of equality from the proposition.

There’s precious little dignity in fighting for “birthing people” and “people with vaginas”.

Feminism without women is as hollow as class warfare waged by trust fund hipsters. And yet the Left must destroy that which it champions in an act of ritual ideological sacrifice.

And its problems cease to exist with it.

But bereft of any new ideas, identity politics only revisits what it claims to want to escape, resurrecting the plantation for black people and the harem for women in the name of progress.

The reversion to slavery and oppression promises to usher in a new age that abolishes all distinctions between human beings in which we will all, perhaps, inhabit a Fourieresque world of seven foot tall socialists with tails living in communes, but the age never actually arrives. It’s much easier to erase women or human nature from language than to actually change reality.

Feminism can act as if women no longer exist, but the realities of biology will outlive the unrealities of leftist ideology. 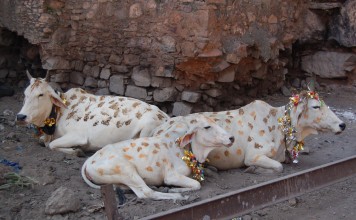 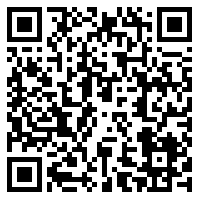