They say that youth is the greatest gift; it’s a pity it’s wasted on the young.

Periodically, at the dinner table my wife will ask in her motherly singsong voice “so let’s see who is eating nicely? Is Michael eating nicely? What about Gavriel? Ooooh, Dovid is eating sooo nicely.”


At that point I hold up my empty plate. No one in our family eats nicer than me! In fact, no one even comes close. Yet I never seem to get credit or one of those special songs sung about me. Somehow the specialness of “eating nicely” doesn’t apply to me anymore, at least not in the same way.

Someone once quipped that if you don’t master time, time will master you. Time marches on no matter what. The only question is what we do with our time. Just because a person ages chronologically it doesn’t automatically mean that he matures or becomes more responsible. That depends on us.

As we commence the Torah anew, we prepare to hear the stories that we have learned since our youth. The question is how will we relate to those stories. There is opportunity for growth and life lessons in every single parsha, but our eyes must be open to those lessons.

My rebbe, Rabbi Berel Wein, relates an anecdote about a woman who rarely went to shul but decided to attend one random Shabbos. She kept asking the woman sitting next to her about what was happening, and the woman graciously explained each thing to her.

The Torah reading that week was parshas Vayeshev. When the visitor asked what they were reading about, the neighbor briefly related the story of Yosef. She told the visitor about Yosef’s dreams, how his brothers were jealous and hated him, and about when his father sent Yosef to check on the brothers, they removed his coat, threw him into a pit and sold him into slavery.

The visiting woman was so shaken by the tragic story that she began to sob. She couldn’t get over what happened to Yosef.

She didn’t return to shul for many months. Then, one Shabbos she returned and again asked the woman next to her about everything happening. It just so happened that the Torah reading that week was again Vayeshev. When she asked what the reading was about, the woman next to her told her same story she had been told the year before. But this time the visiting woman sat stone-faced.

There was a woman who recognized the visitor from the year before and asked her about her vastly different reaction. “Last year when you heard the story of Yosef you were beside yourself with grief, but this year you have no reaction?” The visitor replied, “Listen, if Yosef is foolish enough to go back again to check on the brothers, and didn’t learn his lesson from last time, I’m not wasting my tears on him.”

Rabbi Wein would note that we learn the stories and ideas of the parshios each year. Although the words and stories don’t change, we do. We need to relate to them and understand them on a different level each time around.

The Mishnah in Avos (5:26) says about the Torah, “Delve into it and delve into it (repeatedly) for everything is in it.”

No matter which way you turn it, the Torah is talking to you. Everything you want to know is there. It’s like a diamond mine; the diamonds are there, they just have to be dug out.

That’s what the commentators throughout the generations have done, and that’s what rabbonim are engaged in when they deliver their sermons to their congregations each week.

In Rabbi Wein’s words: “When you are a rav for as long as I have been, you would think that everything that could be said has already been said, but that’s not true.

I had a congregant in Monsey who was a brilliant doctor. He remembered every speech I ever gave. (I was often tempted to tell him to go daven somewhere else…)

After 18 years, he told me that I had only repeated myself three times. I was amazed and took it as the highest compliment. That meant that somehow every Shabbos I saw something new that I had never seen before. This, despite the fact that I have been learning the parsha and preparing sermons for many decades. Still, I saw fresh perspectives and insights.”

The Torah is timeless, and that timelessness is reflected in its commentaries.

Just as we can’t eat or dress the same way we did when we were children, so we shouldn’t understand the lessons of Torah the way we did when we were children. In an unstable and volatile world, we would be wise to listen well to the lessons the Chumash provides us. There is great comfort and chizuk to be gleaned from our holy avos who also lived in unpredictable and volatile times and yet changed the world.

We are beginning the Torah again. But hopefully with a new and fresh perspective into its timeless truths. 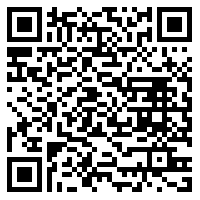