After terrorizing the West for two generations, no one pays much attention to the Great Bear anymore. The latest unrest in Russia has merited a fraction of the headlines about the Arab Spring, Palestine or upset Muslims in Burma. The old journalistic guidelines used to be, “If it bleeds, it leads.” The new journalistic guidelines are, “If it’s not about Muslims, we don’t care.”


But the events in Russia are highly educational, not in their absurd specifics involving a female punk band and overweight thugs beating up people in their street, but in the glorious spectacle of what happens when a government mafia starts running out of money and the economy that it has been feeding off can no longer nurture its numberless ranks of official and semi-official parasites.

Most countries have their mafias, and by that I don’t mean the jolly grunters who run numbers out of basements or break legs over interest rates that even banks can’t charge. The government mafia is a web of mutual connections for mutual profit.

Say Ivan wants a construction contract. So he talks to Alexei, who knows someone in politics who can get him that contract in exchange for a bribe. That someone is Boris, who owes his position in a ministry of something-or-other to his friendship with Anatoly back when they were both junior KGB thugs whose fathers were also in the same business. Ivan gives some money to Alexei, who takes a percentage and passes along the rest to Boris, who takes a percentage and passes it to Anatoly who ushers in Ivan to see Vladimir, who is the undersecretary to the deputy minister of construction, who then demands a bribe that is twice as large as the cost of construction, but that’s okay because the bid is four times the cost of construction.

Our versions of Boris, Anatoly and Vladimir still have to make money. Our version of Ivan runs an NGO dedicated to building clean energy windmills in Ghana or underwater electric cars to feed the hungry in Oslo. Boris and Anatoly didn’t meet while badgering a frightened poet in a Lubyanka basement, but passing a joint at an anti-war rally that the KGB boys in the Lubyanka probably helped organize. Their fathers were both professors of radical history at Yale and have written well-regarded books on how the Founding Fathers only started the American Revolution to protect their monopoly on cotton. They scored the dough for the Ghana underwater hungry windmills by adding a 4 percent tax on gasoline, cough drops or tanning salons. It doesn’t matter because so long as the money exists, the mafia can keep stealing it one way or another.

The big scary question is what happens when the money begins to run out? In Russia, the question isn’t merely academic. It’s disturbingly real. Predators expand in proportion to prey. An open system attracts predators who feed off it. We call this taxation, and it works fine, though with more for those at the top of the food chain than those at the bottom. The predators breed larger and larger numbers until they cease to understand that they need the prey to survive. That’s when the predators start telling the prey, “You didn’t build this.”

In the natural kingdom that you can occasionally spot out your window or on a television channel in between shows about truckers on ice roads and mythical monsters, when predators grow in number while the prey dwindles, what occurs is a dieback. The predators are not capable of regulating their numbers. While they try to pretend to be sheepdogs, they are actually wolves. A sheepdog might have enough of a sense of loyalty and duty to go on a diet. Wolves however don’t go on diets. When their food supply is threatened, they sense danger and begin gorging themselves on all the available food to prepare for the famine. They run up a 16 trillion dollar national debt and assure us that they’ll pay it back twenty years from now. 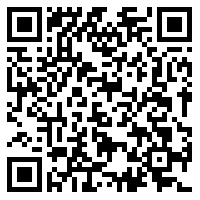