This morning, searching for Jewish crumbs in the vast forest of the Internet, I ran into this JTA story: “Natalie Portman Married in Jewish Ceremony.” Now, what’s the first thing a Jewish reporter tries to find out about such a story? You got it – who’s the groom and did he really belong under a chupa. We know the couple’s 14-month-old son, Aleph, is totally Jewish, but, in the end, when JTA reports on a Jewish wedding with one of the participants probably not a Jew, shouldn’t that merit a comment? The answer involves a bit of a tour online.

The couple have a 14-month-old son named Aleph and have been engaged for two years. They met on the set of the 2010 movie “Black Swan,” for which Portman won an Academy Award for best actress.

OK, this is news. Natalie Portman is a fine Jewish girl, born in Israel, definitely a member of the tribe. In fact, her real name is Natalie Hershlag, and in Hebrew she goes by Neta Li Har Sheleg.

Her Jewish bona fides on Wikipedia are actually fascinating, and were obviously written by someone to whom the issue of whether or not she is Jewish mattered a great deal:

Portman was born in Jerusalem, Israel. She is the only child of Shelley (née Stevens), an American homemaker who works as Portman’s agent, and Avner Hershlag, an Israeli citizen who is a fertility specialist and gynecologist. Portman’s maternal ancestors were Jewish immigrants to the United States, from Austria and Russia (her mother’s family had changed their surname from “Edelstein” to “Stevens”). Her paternal grandparents were Jews who moved to Israel from Poland and Rumania. Her paternal grandfather, whose parents died in Auschwitz, was an economics professor in Israel, and her Rumanian-born great-grandmother was a spy for British Intelligence during World War II.

But Benjamin Millepied? Who knew he was Jewish?

So I checked out wiki.answers.com, a user-generated archive of vast knowledge which had contemplated this question exactly: “Is Benjamin Millepied Jewish?” And they provided what must be a well researched answer, if brevity is a sign of veracity: Yes.

Except that as my eye wondered south of this emphatic endorsement, I saw this popular quiz, which, frankly, gave me pause:

Can you answer these Judaism questions?

Why do some people think Jews are bad people? Answer it!
What are the three main beliefs of the Judaism? Answer it!
How do you make a Torah cover? Answer it!
Was Klara Polzi Jewish? Answer it!
Did artist Fritz Kredel have Jewish ancestors named Gredel? Answer it!

Profound Judaism questions in anyone’s book. You want the answers?

“Jews on average are unusually successful, and other some people suffer from envy.”

There was no word yet on the three main beliefs of the Judaism, so I entered: “God is at the center of the universe. Love your fellow person as you would yourself. Never trust stuff you read on the Internet.” Go there, it’s now the official answer to the above question.

How to make a Torah cover was also unanswered, so I contributed my act of tikkun olam with: “Bring down the room temperature below zero,” which is as good an answer as any – and it’s on the Internet!

The remaining two questions struck me as a tad too esoteric even for the Jewish Press readership, so I didn’t bother. In the end, though, you’ll have to agree that the resounding “Yes” this website offered regarding Benjamin Millepied’s Jewish identity was at least suspect, if not wholly unreliable.

The Benjamin Millepied biography on his own website starts:

“Born in Bordeaux, France, Benjamin Millepied began his dance training at the age of eight with his mother Catherine, a former modern dancer.”

Not a good start as far as the Jewish thing goes. “Catherine”? Really? So I Googled Catherine Millepied. Not a whole lot there, until I ran into this bit on ZimBio:

Benjamin Millepied received his honor of l’Ordre des arts et lettres from an ex-minister in France where he attended with Natalie Portman at the Royal Monceau. He gave a speech to honor those responsible for this medal of honour including his mum Catherine Millepied-Flory, who was a professional dancer as well.

A French language site named L’Officiel wrote about Benjamin’s mother, Catherine Flory-Millepied: “a dance teacher who pushed him into the seraglio at an early age.”

So it’s inconclusive, but if the Millepieds were Jewish, I’m pretty sure the folks in the shul down the block in Paris didn’t know it.

Which brings us to the obvious question: When JTA reports on a Jewish wedding with one of the participants probably not a Jew – shouldn’t that merit a comment?

Check out wiki.answers.com for the answer… 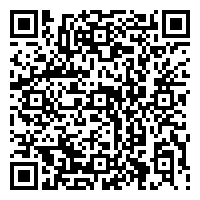