Note 1. Regular readers may have noticed that there was no roundup on Friday. I am dealing with the illness of a close family member and posting will be spotty right now. Some older articles will likely show up on the site.

Hopefully that will change soon, but for the moment I am making multiple trips to the hospital a day and balancing everything isn’t easy.


Note 2. My site is under sustained spam attack. Today I came on to find over 700 comments in moderation, 99 percent of them spam. The volume has gotten so bad that I’m losing legitimate comments in it.

I would like to ask readers to use a name when commenting. You don’t have to make an account. Just choose Name/URL in the dropdown menu, where it says Anonymous now. It makes it a lot easier for me and I would appreciate it. And it makes it a lot less likely that your comment will be lost.

Looking for a Few Good Men in Syria

McCain is warning of a regional conflict, but it’s already a regional conflict. Helping the Sunni militias beat the Shiites won’t change that. It will just advance the conflict to the next stage in Iraq and Lebanon. Overthrowing Gaddafi did not stabilize Libya, it destabilized Mali and Algeria, and overthrowing Assad will not stabilize Syria. There are no “right people” to arm because there are no good guys in an inter-religious holy war. And there is certainly no one we can trust.

There is as little sense in choosing Sunni Islamists over Shiite Islamists as the other way around. The only reason we have taken the Sunni side is because so many of our allies are Sunni. And yet the term “ally” is a misnomer.

Are the Saudis really our allies? Can the Islamist governments in Turkey or Egypt be trusted despite their ideological hostility to the United States?

Washington, D.C. often lives in its own bubble. Having forgotten about Iraq once it stopped being a political football, Democratic politicians imagine that Iraq and its Al Qaeda legions have forgotten about them. The Sarin raids in Iraq, Turkey and Syria are a reminder that Al Qaeda in Iraq may now be a bigger threat than it ever was before.

The Clinton Administration chose not to take down Bin Laden when it had the chance, instead taking refuge in outreach and “smart” targeted strikes that were the predecessors of today’s drone warfare. It believed that showing Muslims that we would engage in humanitarian intervention to empower their national aims in Yugoslavia would count for more than hunting down Osama bin Laden. It was wrong.

September 11 was the outcome of its neglect. Now the Obama Administration is allowing history to repeat itself with more humanitarian interventions and smart strikes that overlook the real threat growing on the horizon.

So the good news is that once the economic collapse kicks in and the dollar becomes worthless preventing Hillary Chelsea Clinton Obama III, our 79th President from just printing more money, we too can have an actual economic recovery. Just like Zimbabwe.

As in Israel, the state sponsors of terror are insulated from the terror they spread. The cannibalism is not likely to come to Doha or Istanbul. If it did, perhaps Erdogan might turn into a genuine moderate, instead of a firebreathing radical whom everyone in the diplomatic class has agreed to pretend is a moderate.

Syria is getting the same treatment that Israel has gotten over the years. The irony is that Syria used to dole out the treatment to Israel and to the United States in Iraq. Now it’s on the receiving end.

The question then is when will Islam get tired of its worshipers killing each other? Historically the answer may be never.

PEW Survey: Americans Say 9/11 Was their Most Significant Event, Followed by Obama Election 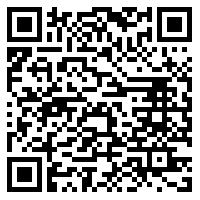