Killing non-Muslims is the point of Islam. To the extent that it has any point. That isn’t to say that Islam doesn’t preach the virtues of charity and love for one’s fellow Muslim. It does. But its virtues are not original. Like most of the rest of the framework of it, they are lifted from existing religions.


When the Sahih Muslim’s Hadith quotes Mohammed as saying, “None of you truly believes until he loves for his brother what he loves for himself”; it’s a distortion of the Christian Bible. And when Obama quotes the Koran as saying, “If any one saved a life, it would be as if he saved the life of a whole people,” it’s an equally shameless plagiarism of the Jewish Talmud.

Like the Soviet Constitution’s guarantee of freedom of religion, these are nice sentiments borrowed from other people and then not actually put into practice. The Islam that matters is the one that’s put into practice not only at the World Trade Center or the Westgate Mall, but in the everyday lives of people in Egypt, Syria, Iran, Pakistan and Saudi Arabia.

Islamic violence we are told is an aberration. But it isn’t. To the extent that Islam is anything, it is violence.

Islam may have become a religion, but it began as a code. Like the Pirate Code or the Thieves Law of Russia, it was a set of rules that allowed a select group of bandits to choose leaders, plan attacks and divide the loot.

The code invested their actions with meaning, it kept order in their ranks and allowed the members to believe that dying for the gang was more than a martial ethos, but also contained a spiritual element. Similar attempts to invest gang life with spirituality can be found in the tattoos, rap songs and graffiti memorials of every street gang in America.

Imagine the Kingism of the Latin Kings street gang, which has its own prayers, crude theology and philosophy becoming the religion of the gangs ruling over a Post-American civilization. In the 80s, the Chicago gang Blackstone Rangers realized the benefits of becoming a religion and declared itself the El Rukn tribe of the Moorish Science Temple of America.

Despite the elaborate mythology, the Latin Kings is a gang first and a religion second. In time it might become a full religion, stranger things have happened, but it will never be able to escape its origins. It will at its heart always be a gang code with an emphasis on providing a spiritual overlay for gang violence.

And that is the case with Islam.

After over a thousand years, after its own empires and conquests stretching around the world, after endless religious schools, reform movements, theological debates and splinter groups, Islam is not able to leave its gang roots behind. It is still at its core a gang religion. That is why it appeals so well to convicts who recognize that they are interacting with something far more ancient than Kingism.

That is also why Islam, like most street gangs, degenerates so readily into internecine violence. No matter how much its devotees dream of conquering the decadent West and planting the black flag of Islam everywhere, they can’t help turning their guns on each other, because gangs are naturally primed to fight amongst themselves. The gang code never suffices to settle disputes among men who live by violence. They may fight to impose Islamic law on the world, but they can’t live by it.

Syria is Islam at its most primal with gangs fighting over the ruins of cities, small groups joining up, Shiite and Sunni militias killing each other, Free Syrian Army and Al Nusra Front gangs fighting over bakeries and pipelines, an endless stream of recruits from around the world rushing to join up in a gang war that has claimed over 100,000 lives.

That is how Islam began. One man and his gang. That man may not be depicted or the gangs of his followers will blow things up. When they aren’t blowing up each other. The gang spread around the world. Its Caliphs and Emirs went from thugs and clan leaders to rulers of nations. And then the whole thing collapsed again. Now the gang leaders are trying to get the gang back together again.

Islam was born in the chaos of the implosion of two empires, Byzantium and Persia, tearing at each other until they both gave way and were overrun by Islam. The second coming of Islam took place during the climactic battle between two new empires, America and the Soviet Union, who exhausted each other, and may end up suffering the same fate as the Eastern Roman Empire and the Sassanids.

The common denominator is that the rise of Islam parallels the collapse of other civilizations. Like the jackal sniffing around the bones of empire, the gangs of Islam step into a vacuum, but can never fill it. The second-hand knowledge that they steal and pass off as their own never leads them anywhere. The Golden Age built on the labor and creative ideas of others passes and there is nothing left except bitter resentment at greatness lost and a future denied.

Islam always reverts back to the gang. It comes out of the desert and returns to the desert. It begins with a handful of men raiding civilized towns and cities. And no matter how much time must pass and how the world turns, it always reverts back there. Over a thousand years later, the climactic struggle of Islam is almost indistinguishable from what it was in the time of Mohammed.

The world has changed dramatically in a thousand years, but a few thousand men are still ambushing each other in the desert in the name of a warlord named Mohammed.

This isn’t the ideal Islam. But that is only because the Islamic ideal is killing non-Muslims. Kingism dedicates itself to the fight against the forces of Anti-Kingism. What is Anti-Kingism? It’s everything that isn’t a Latin King. Islam likewise dedicates itself to fighting the Kuffar. And the Kuffar are those who deny Islam. They are the forces of Anti-Caliphism. They are everyone who isn’t a Muslim.

If Islam stands for anything, it’s killing non-Muslims. Islam can’t really think far beyond that. Its mindset is that of a dime store Alexander who doesn’t want to even think about the prospect of not having any more lands to conquer, towns to sack, women to rape, homes to rob and libraries to torch.

The gang can only think of fighting more, killing more and doing the same things it did last week again. It finds meaning in the ethos of the fight and in the comradeship of fellow gang members. That is why Jihad is so central to Islam. It is why women occupy such an inferior position. Jihad is the gang culture of Islam. Its bonding rituals are central to Islam whose original elements derive mainly from the raids of Mohammed and his companions against the more civilized peoples of the region.

Islam finds its meaning from fighting and killing non-Muslims. It is the only meaning that it can ever have. The exercises of its devotees who memorize countless Koranic verses, who debate the fine points of laws and prepare for their pilgrimages to Mecca must inevitably converge on the violent core that gives the whole thing purpose.

The historical dynamic of Islam has never left behind its gang origins. Its future is measured in terms of conquest and more conquest. The manifest destiny of Islam is an eating contest as its holy warriors cram more and more territories and people into an expanding Caliphate that falls apart vomiting up the conquests into chaos. The lessons are never learned. The holy warriors fall to fighting each other.

Islamists proclaim that Islam is the answer. The trouble is that they’ve forgotten the question.

And the question was how do you keep a band of bandits from stabbing each other over the loot while convincing them that if they die while stealing a goat or raping someone’s third wife, they’ll go to a magical place full of goats and virginal third wives with skin of the color of bone marrow.

As the holy warriors of the Syrian Civil War killing each other over control of bakeries while fighting to impose the perfection of Islamic Law on everyone can tell you, it’s not a very good answer even to that question. It’s an even worse answer to any larger social problem that doesn’t involve twenty men trying to divide the profits from one raid on an abandoned university.

But when a religion is based on gang violence and because of that inevitably reverts to gang violence, it’s an answer that keeps coming up again and again.

Assad’s Alawite neo-Shiites were able to work together with the Muslim Brotherhood Salafist Sunnis of Hamas and the Shiite Ayatollahs of Iran and the Super-Salafist Sunnis of Al Qaeda as long as they had a common goal of killing Americans or Israelis or somebody. When that goal broke down, they began killing each other instead.

Islam’s answer only works when there is a non-Muslim target within reach and none of the Muslims have time to start envying the other’s rifle, sunglasses or country. But then the violence halts and the gang begins dividing up the loot, knives are drawn and another bloody Arab Spring begins.

Every fourth gang hip-hop song is about how hard it is to leave the gang life. The other three are about how everyone else out there is a pretender and not a real gangsta. That is Islam in a nutshell. Islamic civilization can’t leave the gang life and insists that every other civilization and even most other Muslims are pretenders and that only the Salafiest of the Salafists are the real Gangstas.

Syria, Kenya, September 11 is how they prove it. We don’t have a foreign policy problem with Islam.

We have a global gang violence problem.

More Riots and Stone Throwing on the Temple Mount 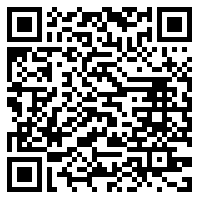