A viral-ish video (almost 3k Likes) released before Yom Kippur poked fun at the rabbi’s sermon. The video featured puppets teaching the viewer how to write a High Holiday sermon. They said to start with a joke (see: Why Do Rabbis Make Jokes at Serious Times?), then tell a story, then make your point, but keep it short and interesting, unless the audience wants to sleep longer, har har har. It’s classic lowbrow sarcastic humor.

People thought the video was funny. I didn’t. But I actually have a problem with the concept of the video.

The underlying assumption behind the joke is that speeches should not be formulaic and that rabbis should not follow a script. I think both of these assumptions are wrong.

Things that are formulaic can be amazing. Baseball is formulaic. Pitch, hit, catch, throw. Political speeches are formulaic. Hit the talking points, wait for applause, repeat. Movies and TV shows are formulaic. Law and Order is as formulaic as can possibly be. A good meal has an appetizer, main, a salad, and a side dish. Predictable. But delicious. Formulas can be wildly successful. Just because something has a formula hardly means that it’s not impressive or worthwhile. Some of the most successful things in our world are formulaic. Ted Talks are incredibly formulaic. And incredibly popular. It’s pedantic and petty to harp on the formula of the rabbinic sermon. It’s not a valid criticism.

The second assumption is also wrong. That is, rabbis are usually decent teachers and orators. But to be those things rabbis should follow a script. Rabbis are teachers not entertainers. We don’t want baseball players to juggle chainsaws and we don’t want politicians to tap dance. Why would anyone expect rabbis to do anything other than teach and lead their congregations? Why should rabbis be expected to become entertainers?

Sure, rabbis should attempt to spice up their talks and not be stiff or boring. But the video implies that because rabbis use a basic formula for their sermons they should be mocked. They shouldn’t. Rabbis must be creative within the bounds of the expected formula but that’s it. What do they expect? A variety show starring the rabbi? Improv? Ludicrous.

Spontaneity and quirkiness have their place but a sermon is neither the time nor place for either of those. Perhaps our society overvalues surprising and thinking different. Sometimes we need to not think different and certainly not to mock thinking “the same.” 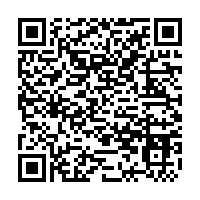