Ezer Weizmann, the late minister of defense and peace advocate quit the Begin government when the “peace process” was not moving fast enough for him. He pontificated, “If you can’t negotiate with your enemy, why negotiate at all?” Great sound bite. The press loved it.

This may be true for those enemies who have decided to take another path, not to those who cling to it defiantly and vociferously.


Shimon Peres coined the term, “the price for peace” (i.e. lots of mangled Jewish bodies for lots of conversations with Arabs).

These and other similar Israeli charlatans are just the most recent ‘wanna bees’. They had a good teacher.

Neville Chamberlain created the mold as he opened the gates to the world’s greatest blood bath as he guaranteed, “peace in our time”. After all there is a “price for peace” and… “one negotiates with enemies not friends…”

In his second inaugural address, Obama also promised “peace in our time,” perhaps a Freudian slip. He too pointed out very recently that one negotiates with enemies not friends.

Fool me once shame on you, fool me twice..three times…four times… shame on me.

So what now? Wait for the high priests of delusion to be proven wrong again?

Since the whole world has now joined the charade and evil is once again given free reign; nay a helping hand, we have only one source left to look to His source.

It may surprise many of us that that the very ones leading us to disaster our from within our own ranks and not necessarily the ones pounding at our gates. Isaiah noticed this pattern long ago, Isaiah 49:17: “Those who destroy you will come from amongst you”.

And what of the masses who put their trust in such utter wishful thinking? Jeremiah 5:31: “The prophets prophesy falsely and the priests rule on their own authority. And the people love it so. But what will you do at the end of it”?

Jeremiah 6:13: “They have healed the brokenness of my people superficially, saying”peace, peace, but there is no peace”

But we are forewarned,

Jeremiah 23:16: “Do not listen to the words of the “prophets”, they are leading you into futility. They speak a vision of their own imagination.”

Isaiah 47:11: “But evil will come on you which you will not know how to charm away and destruction will come suddenly”

But have no fear;

As the powerful and evil sorceror of the nations, Bilam said: (Numbers 23:9),” How can I curse whom God has not cursed? Behold a people who dwells alone, and will not be reckoned among the nations.”

Zacharia 12:9: “It will come about in that day that I will make Jerusalem a heavy stone for all the nations of the earth gathered against it.”

And finally, Isaiah 47:10: “No weapon that is fashioned against you shall succeed.”

So don’t worry America, we have your back! 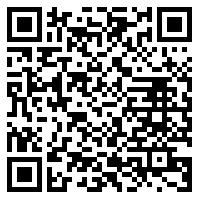