(JNi.media) Amanda Korody, who was found guilty, together with her husband John Nuttall, of organizing a terrorist bombing wanted to infiltrate a synagogue and kill “small Jews” to save them from going to hell, the Vancouver, BC, Supreme Court heard on Monday, according to CBC News.

Nuttall and Korody saw themselves as jihadist warriors behind enemy lines, combatants in a holy war against the Western World for the way it treated Muslims.


Royal Canadian Mounted Police Cpl. Stephen Matheson told the court the officer who interviewed Nuttall was concerned about his radical views, and asked for a mental health assessment on him.

Police notes presented in court showed that Korody’s husband Nuttall told an undercover policeman that his wife believed she should send Jewish children to paradise, since “grown-up Jews” go to “eternal hell.”

“I asked Nuttall how he thinks he will have access to Jewish kids and he said they were both white and could pass for Jewish,” Crown Attorney Sharon Steele read from the officer’s March 2013 notes.

“They will be regulars in the synagogue. They will gain the trust of everybody. And once they have everything they will get enough guns and ammo to go ahead with their mission,” the officer recorded Nuttal’s plan.

Nuttall agreed with the undercover officer that Jewish children were not soldiers at the moment, but suggested they would grow up hating Arabs and Muslims, according to the officer’s notes.

Eventually, however, Nuttall agreed that “you never know, they may convert [to Islam] in their adulthood.” 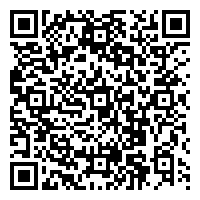