On Wednesday and Thursday Donald Trump repeatedly called President Barack Obama the “founder” of ISIS and labeled Hillary Clinton the “co-founder.” The liberal mainstream media took this comment literally as if the Republican candidate meant that Obama and Trump recruited the first members, invented the group handshake, and bought chocolate chip cookies and punch for the initial meetings. Of course he didn’t mean it literally. But that is not Trump’s problem, according to medical experts taking things too literally (like the media does with Trump) is a sign of psychosis.


According to Health Central:

A psychotic person may be incapable of answering a question directly or sticking to one topic. Psychotic people may also stop talking in mid-sentence and abruptly fall silent. Another clue to psychosis is an excess of literal or concrete thinking, such as that shown in the patient who, upon being asked what was on his mind, replied, “My skull.”

Trump said at a National Association of Home Builders event on Thursday morning, “I call President Obama and Hillary Clinton the founders of ISIS. They are the founders.”

He made similar accusations on Wednesday night.

The mainstream media answered the Republican’s charge with exhibiting their psychosis by being literal. For example, Philip Bump of the Washington Post started his Thursday column with:

The militant group, which started referring to itself as the Islamic State three years ago, was formed in 2002 by Abu Musab al-Zarqawi, according to the Mapping Militants project at Stanford University. Originally called Jama’at al-Tawhid wa’l Jihad, it joined al-Qaeda to form al-Qaeda in Iraq — and then, in 2013, split from al-Qaeda to become the Islamic State.

Josh Voorhees of Slate provided another example of this mainstream media literal psychosis:

It’s not totally surprising to hear such an idea from Trump, who has previously claimed that Clinton had a founding role in the creation of ISIS and suggested that Obama is somehow sympathetic to the terror group. If you wanted to give Trump the benefit of the doubt, an overly generous reading of his comments would be something like, President Obama and his former secretary of state Hillary Clinton’s foreign policy decisions in Iraq, Libya, and elsewhere have contributed to the rise of ISIS. Trump, after all, has offered similar criticism in the past, albeit in less coherent terms. But that is not what Trump said on Wednesday—and, much more importantly, also not what he wanted voters to hear, as the candidate himself has since made clear.

Donald Trump appeared on Thursday’s Hugh Hewitt Show and explained what the non-psychotic people already knew. Trump explained to the host that the way Obama/Hillary got us out of Iraq was instrumental on the founding of ISIS.

In a similar interview with CNBC on Thursday morning, Trump said Obama was “absolutely” the founder of ISIS.

“The way he removed our troops,” Trump said, apparently referencing the Obama administration’s decision to withdraw U.S. military personnel from Iraq by 2011. “I, you — we shouldn’t have gone in. I was against the war in Iraq.”

Many of the senior military people involved with the war on terror, also blame the growth of ISIS on the way the Obama/Clinton administration withdrew from Iraq. Other military experts agree:

Army Gen. Raymond T. Odierno was the top commander in Iraq in the post-troop-surge era that all but eliminated al Qaeda’s vicious franchise. When the last troops went home in December 2011, he sat among the Joint Chiefs as theArmy’s chief of staff, his current position. Gen. Odierno recently told Fox News: “If we had stayed a little more engaged, I think maybe it might have been prevented. I’ve always believed the United States played the role of honest broker between all the groups, and when we pulled ourselves out, we lost that role.” He had recommended keeping 35,000 troops in place in 2011. “I think it would have been good for us to stay,” he said.

Marine Corps Gen. Joseph Dunford, a commander in Iraq’s Anbar province, in his July 9 confirmation hearing to be the next Joint Chiefs chairman, differed with those who said the U.S. had no choice but to leave because Iraq’s prime minister was not meeting U.S. demands. “I’m not sure I’d say that that meant we had no option to stay,” he told the Senate Committee on Armed Services.

Former Marine Commandant Gen. James Amos spoke to the Brookings Institute and said. “I have a hard time believing that, had we been there, and worked with the government, and worked with parliament, and worked with the minister of defense, the minister of interior, I don’t think we’d be in the same shape we’re in today,” he said. “We may think we’re done with all of these nasty, thorny, tacky little things that are going on around the world — and I’d argue that if you’re in that nation, it’s not a tacky, little thing for you. We may think we’re done with them, but they’re not done with us,” said Gen. Amos, who was a few months away from retirement at that time.

Marine Gen. James Mattis headed U.S. Central Command during the pullout. When asked at a 2013 hearing if a residual force could have made a difference in Iraq, he said it was unclear. But after he retired he appeared in January before the same Senate Committee on Armed Services and offered a clearer opinion. “I would tell you that the military, the senior military officers, we all explained that the successes we’d achieved by 2010-2011 were — and this is a quote — ‘reversible,’ that the democratic processes and the military capability were too nascent to pull everyone out at one time,” Gen. Mattis testified.

Leon E. Panetta, the defense secretary at the time of the Iraq withdrawal, told “60 Minutes” on CBS the exit was a mistake. He said that as the American flag was wrapped up for the trip home, he was not confident it was the right move. “I really thought it was important for us to maintain a presence in Iraq, and the decision was we ought to at least try to maintain [8,000] to 10,000 U.S. troops there, plus keeping some of our intelligence personnel in place to be able to continue the momentum in the right direction,” Mr. Panetta said.

Michael Rubin, a military analyst at the American Enterprise Institute said, “There is consensus among military practitioners — traditionally, the last people in the world who want to go to war — that leaving Iraq was a mistake,” Mr. Rubin said. “The question now is whether potential candidates from both parties are content to simply blame the mess on Obama, or whether they are prepared to do something about it.

Retired Army Gen. Jack Keane was a key architect of the Iraq troop surge, which replaced a strategy of U.S. warriors being generally confined to bases while the Iraqis were being trained to take over. Today, he is one of the most vocal critics of the decision to leave, as he saw all the gains made in 2007 to 2011 washed away in a wave of Islamic State terrorists taking territory and committing mass killings. “As we pulled out of Iraq in 2011, just think of this: We had all our intelligence capability there. We knew where the enemy was. We were flying drones. We’re tracking them. We have signals intelligence pouring in, eavesdropping on phone conversations and the rest of it. We’re using our counterterrorism forces to bang against these guys. We’re passing that to the Iraqis so their commandos can do the same,” Mr. Keane told The Washington Times in a 2014 interview. “On a given day in 2011, that screen went blank. The Iraqis went from a significant amount of intelligence on what was taking place, and the screen just went blank.”

Note the quotes above were first published by the Washington Times.

It seems that the mainstream media has become so tied up in their underwear, rushing to trash Trump that they’re having psychotic episodes. If they could ever get beyond their literal tendencies they would not only understand what Trump was really saying, but they would also know that he is speaking the truth. 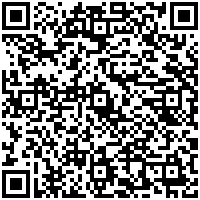