The coming Tuesday millions of children across America will be putting on their scariest costumes and going door to door asking for candy. Its that Halloween time of the year again. Whether you are a parent or not, whether your children go “trick or treating” or not, I guarantee that your house is going to be swarmed by lots of little ghosts, zombies, Captain Americas, Disney Princesses and vampires. Many of the visitors will be carrying the little orange UNICEF boxes. Please remember when you greet the Kids, give them loads of wrapped candy but please don’t give any money to UNICEF. UNICEF supports terrorism, Antisemtism, and anti-Israel hatred.


Don’t blame the little kids just refuse politely–they are totally unaware as is their parents. Give them an extra Kit-Kat bar and send them on their merry way. The world will be better off.

Below are some examples:

The March 2013 UNICEF report, “Children in Israeli Military Detention,” is yet another example of UN agencies collaborating with Palestinian advocacy NGOs to promote the demonization of Israel and promote Palestinian propaganda, rather than policy improvements.  Furthermore, NGO Monitor has created a report called No Way To Treat A Child, (embedded below) which includes a section (beginning on page 8) which proves each of the charges in the UNICEF report to be wrong.

UNICEF partially funds the British charity,  Medical Aid for Palestinians (MAP) which according to the evidence provided by NGO Monitor, supports terrorism and Antisemitism, as well as promoting distorted and false narratives under the guise of medical expertise and scientific fact.

The PA’s summer camp messages to children included glorifying terror, venerating Martyrdom-death, and picturing a world without Israel in which all Israel has become “Palestine.” Camp activities included children performing plays in which the children depicted Palestinian stabbers carrying out terror attacks and being shot and killed by “Israelis,” and dying as honored “Martyrs.” Children created sculptures and drawings of the map of “Palestine,” which includes all of Israel in addition to the PA areas, encouraging children to disregard the existence of Israel and foresee a world without it. Children were taught that Palestine’s border to the north is Lebanon and to the south is the Gulf of Aqaba, again depicting a world in which “Palestine” has replaced Israel.

This report documents how the PA and the PLO transmitted these hate messages to Palestinian children through its summer camps.

At a camp organized by the PA-funded National Committee for Summer Camps, children performed a mock stabbing terror attack at the closing ceremony of the camp [and they say dodge ball is bad]

The first photo shows a girl wearing an Arab headdress and playing the part of a terrorist, as she faces off against a boy playing an Israeli. The second and third photos show the Palestinian girl “dead” on the ground with a knife in her hand after the “Israelis” who “shot” her standing next to her. The fourth photo shows a number of children standing behind the terrorist “Martyr” lying on the ground with a Palestinian flag draped over her, as is common practice at the funeral of “Martyrs.” [Facebook page of the National Committee for Summer Camps, Aug. 3, 2017

An ad for PYALARA, which is funded by UNICEF, demonstrates the organization’s support of Antisemitism.

The ad (below) shows an axe destroying a Star of David. The large Star of David that has been destroyed is decorated with stars and stripes, presumably representing the USA, and an additional smaller Star of David – a common theme in anti-Semitic cartoons that imply Jewish control of the US. On the axe that destroys the Star of David is the word “Boycott!” in the imperative tense.

Sadly there are many other examples of UNICEF supporting terrorism, Antisemtism, and anti-Israel propaganda. If you are interested in reading more my friend Elder of Zion has written about UNICEF extensively.

The key is that if you do not support terrorism, Antisemtism, or anti-Israel propaganda.PLEASE don’t put your pennies in the orange box. 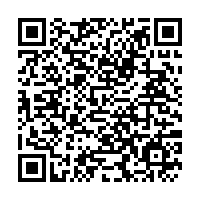