The global outrage over the despicable treatment meted out to Israeli judokas at the international judo tournament held in Abu Dhabi this past week has spilled over into the arena of social media. This weekend, one hi-tech leader stepped up to make a statement.

“Since they refuse to raise Israeli flag or play Israeli anthem at the Abu Dhabi Grand Slam judo tournament, I am just going to leave this here,” Whatsapp co-founder Jan Koum wrote in a post Saturday night on his Facebook page.

There are, of course, many different versions of Israel’s national anthem, Hatikvah, posted on the internet. But the one that Koum chose to share on his page was a particularly poignant one, displaying some of Israel’s most vulnerable citizens, those whose eyes are directed towards Heaven while caring for those on the Land led by Rabbi David Grossman of Afula, and the young men and women in the country who are charged with defending them all.

Koum was responding to the disgraceful behavior of the Arab world at the International Judo Federation’s 2017 Grand Slam Tournament held this past week in Abu Dhabi, where Arab athletes refused to shake hands with their Israeli counterparts as is customary at the end of a match. United Arab Emirates (UAE) also refused to play the Israeli national anthem when Tal Flicker was awarded a gold medal for his victory on the mat, nor was the country willing to raise the Israeli flag. Instead, the International Judo Federation flag was raised in its place.

Unfazed, Tal sang the words to Hatikva from his place on the dais, where spectators could see: the footage of that moment later went viral around the world.

The same silly behavior was repeated by UAE officials when bronze medalist Gili Cohen likewise was honored for her achievement and she, too, sang silently, alone before the world.

But the NGO Monitor’s response to that apology made the most sense: in a tweet on Sunday, the watchdog organization said if the apology was so sincere, redo the ceremony with the Israeli anthem and raise the Israeli flag, the way it’s supposed to be done. 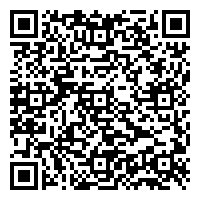