In the near-century that the United States has been a great power, it has developed some original and sophisticated foreign policy tools. Examples include the Marshall Plan, special forces, and satellite imaging. At the same time, the country’s naiveté remains firmly in place. For example, the notion persists that government staff are “particularly qualified to [handle a problem] because they knew nothing about it.” (For details, see my analysis at “American Know-Nothing Diplomacy.”)

The persistent belief that training and equipping foreign troops imbues them with American political and ethical values, making them allies of the United States, offers another sign of innocence. Some examples of this delusional policy in recent decades:


Lebanon: On landing U.S. troops in 1982, the priority was to train a national army. Of course, this failed, with most members returning to their communal militias with new arms and training to use against rivals. Despite this failure, the effort was renewed just two weeks ago.

Afghanistan: Training a national army was an action following the 2001 invasion; but the Afghan Local Police, a militia backed by the government, turned their guns against their international colleagues so often – 34 times in the first eight months of 2012, killing 45 persons – that the training was stopped.

Mali: The latest disaster, where U.S. efforts to train the woebegone Malian national army to take on Al-Qaeda did not exactly work out. In the words of Der Spiegel, “American specialists did train four crack units, totaling 600 men, to fight the terrorists. But it backfired: Three of the elite units have defected en masse to the rebel Tuareg. Most of the commanders, after all, are Tuaregs. Captain Amadou Sanogo, trained in the United States, was one of the soldiers who didn’t defect. Instead, he inflicted even more damage when, last March, he and a few close supporters overthrew the government in Bamako and ousted the elected president.”

Palestinian Authority: A disaster still in the making. The Dayton Mission has trained over 6,000 Palestinian Authority security personnel in the hope that they will become Israel’s partners for peace. To the contrary, I have predicted in writing that “these militiamen will eventually turn their guns against Israel.” When will American politicians and military leaders eventually realize that training foreign soldiers does not allies make them? 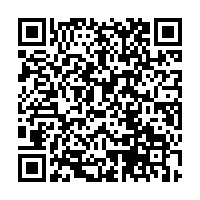