Fair warning: This article may be extremely offensive and sacrilegious to sport fans.

The FIFA World Cup arrived in Israel this week and was displayed on public for the first time in history before continuing on an around the world journey.


Okay, granted that fans of the most popular sport in Israel would like to take a peek at the real thing, which has no chance of being won by an Israeli team so long as Brazil, Spain, France and a few other soccer-star countries remain in existence.

But the fans only were allowed to see the 18 karat gold, 120-pound trophy. They were not allowed to touch it.

That is not a misprint. They were not allowed to touch it.

That privilege is accorded only to the team that actually won the trophy. That is the FIFA  halacha rule.

I can understand people going nuts as spectators of baseball, soccer and football, basketball and badminton.

I can understand because I was no less crazy as a kid. I knew who was on first for the Baltimore Orioles better than anyone else except the manager, and I still am not sure about him.

All the stats were safely in my head. I knew them by heart. Quick – what pitcher went 3-21 for the year and pitched a no-hitter, not only in the World Series but also against the invincible Yankees? Sorry, I am not giving any hints.

As much as sports were backed by Big Bucks back in the 1950s, it pales in comparison with the billions of dollars behind today’s hype.

I have no intention of disparaging sports fans, but there is a limit.

Enthusiasm borders on idol worship, and if that seems an exaggeration, consider the FIFA trophy.

My quick calculation comes up with a worth of nearly $2 million.

But even if were worth only $2 or 2 cents, what is this shtick that no one is allowed to touch it?

Placing one’s finger on the Holy Cup will cause convulsions, overexcitement to the point of a heart attack, or perhaps death as punishment for having violated the law? Or will soccer worshippers who are hold strictly by FIFA laws simply stone  the offender to death?

The trophy will be displayed in 89 countries before next year’s World Cup tournament. Just in case anyone things this is some kind of benevolent and selfless effort on behalf of people who will feel spiritually empty without actually seeing the trophy with their own eyes, the global campaign is being sponsored by Coca Cola,

The good side of this idol worship is that it provides a handy answer to all of the scoffers who snub their souls at Orthodox Jewish laws, customs and ceremonies, both ancient and modern.

Two of the sons of Aharon the High Priest, out of over excitement towards the dedication of the Holy Tabernacle, carried out their own ceremony that was not commanded by God. He was not pleased and consumed them in fire.

The point is there are rules and regulations in Judaism, and no one is allowed to willy-nilly change them as he or she wishes or just because someone calls himself – or herself – a “rabbi.”

There are Kohenim, the Priestly Tribe; there are Levites; and there are Israelites like myself and most of the Jewish people. I am not allowed to deliver a Priestly Blessing. An Israelite can marry a divorced woman; a Kohen cannot.

Those who scoff  will ask what the H difference does it make if a Kohen marries a divorcee. Let’s forget the explanations because the bottom line is that is what the Jewish Law states. Period.

And, pray tell, what difference does it make if I touch, FIFA forbid, the golden trophy?

I will tell you what the difference is. If I am allowed to touch it, it takes way from all the hype that is used to manipulate the emotions of hundreds of millions of people around the world to go into ecstasy and to hyperventilate over a bunch of people kicking a ball at each other.

Touching the trophy ”would have been particularly uplifting for a number of Israel’s current players who, after failing to qualify past the tournament’s preliminary stage, could only dream of actually lifting the cup,” reported the Times of Israel. 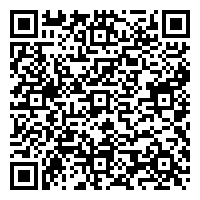