I have always told my husband that Hashem apparently loves him very much. And I have even proven my theory by citing the fact that Hashem, in His infinite goodness, gave him me! My husband usually agreed with the first part of the statement.

True, my husband did not exactly live a charmed life. He faced some genuine challenges over the years, most dramatically the loss of his beloved father and role model soon after our chassanah. However, he has always been the textbook perpetual optimist and a staunch believer in the assurance that Hashem will provide. Invariably He did just that.

Some three decades ago, about a year after our chassanah, we decided to leave all that was near, dear and familiar and made aliyah. We were about to become well acquainted with Israeli-style bureaucracy. I was pregnant with our first child, and, to make things even more exciting, it was a shemitah year. Baruch Hashem, we persevered despite the myriad challenges; my husband learned in kollel, drinking in the avira d’ara (spiritual atmosphere). Life was good.

Then, for family reasons beyond our control, we were compelled to temporarily return to the U.S. We spoke to my husband’s rosh yeshiva prior to our departure, and were advised to purchase an apartment in Eretz Yisrael to help guarantee our eventual return. So we bought a small, fixer-upper apartment in a suburb of Yerushalayim. Then we left, with tear-filled eyes and heavy hearts.

We remained in chutz la’aretz for one year. My husband took a job teaching high school limudei kodesh, and I worked as a computer programmer. Then we gratefully returned to the Holy Land.

My husband had been assured of a position in a high school geared for children of olim from the U.S. Unfortunately there had apparently been a “minor” misunderstanding. My husband had assumed that his teaching position would be full-time and afford us a decent parnassah. The school administration, however, had never said so explicitly, nor committed to it in writing. When my husband met with them prior to the start of the school year, he was shocked to discover that the job was actually a mere hour a day (at around noon). He boarded the bus to return to our home in the boondocks, concerned about what my reaction would be and how we would manage to make ends meet.

He need not have worried: “Yeshuas Hashem k’heref ayin” – literally. As he was agonizing about our uncertain future, he alit from the bus and practically bumped into a familiar figure from the past. After a hearty exchange of greetings and small talk, they discovered that each was the answer to the other’s prayers.

My husband’s friend, a respected rav and talmid chacham from his hometown, had since made aliyah. He now worked tirelessly as a rosh yeshiva in a post-high school yeshiva intentionally located in our sleepy little town, far from the enticements of the big cities. His yeshiva had enjoyed much success in the past and was about to begin another year of its mission to turn hitherto uninspired youth on to Yiddishkeit. There was, however, one glaring problem: an unforeseen hitch had left them short-staffed, and they were desperately in need of another rebbe. That’s when hashgachah pratis and Hashem’s sense of humor staged a resounding victory. My husband found the job he was seeking and for which he was highly qualified, while his chaver found a phenomenal rebbe for his yeshiva. It was indisputably a match made in heaven. The ironic downside was that every day my husband had to hustle back and forth to Yerushalayim on his lunch break in order to honor the commitment he had made to his original employers.

After a couple of wonderful years forging lifelong connections with these remarkable boys, my husband decided to leave that position to pursue an opportunity with his original employer to open a school for boys from chutz la’aretz. Aside from being part of something new and exciting, he benefitted from leaving the other yeshiva just before it faced a very trying ordeal that shook up the entire institution and reverberated for years to come.

His next job literally came looking for him. It is said that opportunity knocks, and we witnessed it firsthand. A very prominent rav from Yerushalayim had a dream of opening a groundbreaking yeshiva, whereby boys would be given the best of all worlds. He visited our remote suburb and came “knocking” on our door to entice my husband to join him in making his dream a reality. Despite numerous obstacles and roadblocks, they ultimately were successful in establishing a unique and enviable place of learning that became immensely popular and, Baruch Hashem, turned out generations of esteemed bnei Torah. 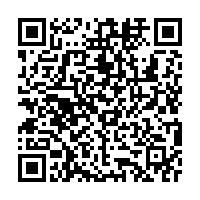