In a bizarre observation of the Christian custom of Holy Thursday, two Jewish Council Members, Brad Lander (who is running for Comptroller) and Stephen Levin washed the feet of hunger strikers to pressure Albany into approving a $3.5 billion giveaway to noncitizens. The state already faces a $15 billion budget deficit.

Had an absolutely splendid afternoon #washing the #feet of my fellow activists who are on a hunger strike to show Evil Lord Cu*mo that it’s time to #TaxBillionaires and codify #BikeLanes into the New York State Constitution! (I skipped lunch in #solidarity)#PanderforNYC ?? pic.twitter.com/mgn3DkJxqb


Lander and Levin are two of the most radical left-wing City Council Members in power, and have been consistently criticized for policies harmful to the city generally and the Jewish community specifically, particularly in light of the continued violence against both Jewish and Asian communities by violent criminals, the mentally ill, and chemically addicted homeless people.

This is particularly eyebrow raising since each is capable of brandishing himself in his supposed deep Jewish identity, albeit only for radical left political purposes. This has drawn cynical mocking far outside of the traditional Jewish community, as Lander is comfortable flagrantly defying Jewish tradition, infamously posting a picture of himself eating lobster, which his detractors gleefully repost frequently.

This Brad Lander, who wants to abolish police protection for poor NYC communities, but only after finishing his lobster at the marina: pic.twitter.com/DP05kwGbxu

Levin is the brainchild of converting hotels into homeless shelters leading to a subsequent explosion of crime in these areas (who could have guessed?), and under pressure, insisted his policy considerations are based on “kindness.”

But even the liberal NY Daily News rejects this, and condemned him for his radical foolishness, “naive to the point of ridiculousness. In fact, it’s cruelty masquerading as kindness.”

Levin sports triple parentheses around his name to signal his Jewishness, but it is exceedingly rare to see him take a stand on anything that will help us, though to be fair, he is always ready to tantrum and scream histrionics if anyone criticizes George Soros for any reason, ever.

Lander has referenced Christian influence before, with his commitment to “afflict the comfortable,” which he and others mistakenly attributed to the Christian Bible. Lander recently headed a “Freedom Seder” sponsored by The Jewish Vote, a sister Marxist organization of Jews for Racial and Economic Justice that is dedicated to endorsing radical Left candidates as if representative of the Jewish community in any significant way.

How long will this nonsense continue to be presented by these two political leaders in the name of Jews and Judaism?

As long as we continue to stay silent and hope they will just stop.

As the Jewish Left loves to say, “Not in our name!” 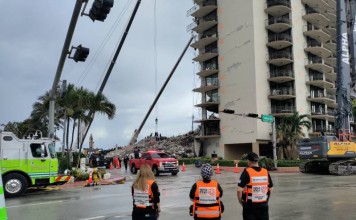 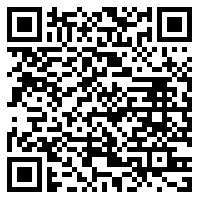