The official media mouthpiece of the Hashemite Kingdom of Jordan reports on Saturday evening on US politicians visiting, and paying generous homage to, King Abdullah II.

Jordan harbors Ahlam Tamimi, the confessed Jordanian bomber of the Sbarro pizzeria in Jerusalem whose 2013 indictment by the US Department of Justice was unveiled more than two and a half years ago [“14-Mar-19: Two years after Federal charges are unsealed, Ahlam Tamimi remains free. How is this happening?“]

This latest visit comes on the heels of another Congressional delegation visit just eleven days ago [“08-Oct-19: Again: Jordan’s inscrutable US relationship“] In addition, Ms Pelosi has had several other meetings with the Jordanian king this year including in March [here] and in April [here]. Plenty of opportunity for a senior US political figure to express concern about justice thwarted, no?

We’re going to make efforts to see what Ms Pelosi said to Jordan’s absolute ruler today about why he demeans the extradition treaty his father King Hussein signed with the Clinton administration in 1995. We realize our track record in getting members of Congress to respond to questions like this is not very good. But we’re certainly not giving up.

And this. Why are you learning about the Congressional visit from the blog of a pair of bereaved parents seeking justice for the on-the-run killer of their child, and not from the mainstream news?

UPDATE October 20, 2019 at 7:00 am
Speaker Pelosi’s website now names the members of her delegation:

Tamimi and Jordan’s calculated and illicit thwarting of her extradition to Washington, overseen by King Abdullah II who appoints all of his country’s judges, are unmentioned in the media release. 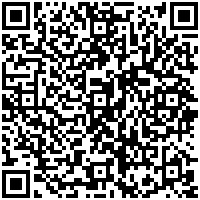