House Speaker Nancy Pelosi and other senior Congressional Democrats – Foreign Affairs committee chairman Eliot Engel, Homeland Security Committee chairman Bennie Thompson, Intelligence committee chairman Adam Schiff and Representative Mac Thornberry – as well as Mac Thornberry, the ranking Republican on the Armed Services Committee, on Saturday met with His Majesty King Abdullah, who was accompanied by His Royal Highness Crown Prince Al Hussein bin Abdullah II, in a polite clash of political interests: namely the king’s guests were adamant against President Donald trump’s pullout of US troops from Turkey’s border with Syria, and His Majesty refused to add his voice to their criticism.

For Instance, Pelosi issued a statement saying that the visit was at “a critical time for the security and stability of the region,” explaining that “with the deepening crisis in Syria after Turkey’s incursion, our delegation has engaged in vital discussions about the impact to regional stability, increased flow of refugees, and the dangerous opening that has been provided to ISIS, Iran and Russia.”


On Thursday, Pelosi and Senate minority leader Chuck Schumer called the Trump-Erdogan deal a “sham,” and argued it “seriously undermines the credibility of America’s foreign policy and sends a dangerous message to our allies and adversaries alike that our word cannot be trusted.”

But all the king’s Saturday press release said was that the American delegation “expressed keenness to hear the King’s perspective on regional and global developments, adding that they are pleased to be present in Jordan as the Kingdom marks 20 years since His Majesty assumed his constitutional powers.”

The king’s press release only got to the Syria question in paragraph 5: “Turning to the Syrian crisis, the King urged a political solution that safeguards Syria’s territorial integrity and the unity of its people, while guaranteeing the safe and voluntary return of refugees.”

FYI, paragraph 4 said that “His Majesty stressed the need to reach just, lasting and comprehensive peace on the basis of the two-state solution, which guarantees the establishment of an independent Palestinian state on the 4 June 1967 lines with East Jerusalem as its capital.” 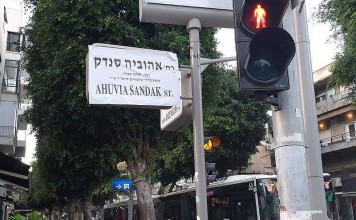