Parshat Va’Etchanan begins with Moshe begging Hashem to allow him to enter Eretz Yisrael: “I beseech Thee, let me go over and see the good land that is beyond the Jordan, that good mountain and the Lebanon.”

Rabbi Sholom Gold of Har Nof asks an interesting question: Why does Moshe repeat the word “good” in his request? He answers that Moshe was actually asking two things from Hashem: 1) Please let me enter the good land, and 2) Once I’m in the land, please let me continue to see the land in a good light.

Rabbi Gold explained that the yetzer hara commonly causes people to see Eretz Yisrael in a negative light. The Spies, for example, were outstanding Torah scholars, and yet, when they returned from their mission, they highlighted what they saw as the land’s negative qualities rather than its good ones.

As Israel correspondent for The Jewish Press, I often face a serious dilemma. By and large, journalism focuses on the negative aspects of life. While you can find stories on lucky lottery winners, outstanding achievements in medicine and sports, and acts of personal heroism, newspaper articles most often cover crime, terrorism, political corruption, social inequality, business intrigue, etc.

For whatever reason, bad news sells. The same is true when it comes to Israeli news. Readers want to learn about the latest political drama and scandals. They’re less interested in sports programs for handicapped children. Therefore, I often find myself having to write articles that focus on the down side of Israeli life – the non-stop bitterness between political parties, innocent Jews murdered by Arab terrorists, gay pride parades in Jerusalem, etc.

Detailing the problems of life in Israel can be a very serious transgression. Rav Avraham Yitzhak Kook taught that Eretz Yisrael must be extolled to rectify the sin of the Spies. The Talmud relates that Rabbi Ami and Rabbi Assi would actually rise from their seats when teaching – moving from the sun to the shade when it was hot, and from the shade to the sun when it was cold – so that they wouldn’t complain about the weather in Eretz Yisrael (Ketubot 112 – see Rashi).

Therefore, when I sit down at my computer to write about the latest background to a headline story, I have to think twice. After all, my account could paint a negative picture of life in Eretz Yisrael, which could be a sin and provide readers with an additional excuse not to come on aliyah. After all, “it’s too dangerous” or “the government hates religious Jews.”

Why, then, do I ever write these negative news stories? 1) Parnassa – if I wrote only positive articles, I would be out of a job; 2) I hope that articles pointing out shortcomings in Israeli society may ultimately lead to them being corrected; and 3) this job offers me the opportunity to write positive stories as well. I am able to point out the many advantages of dwelling in Eretz Yisrael.

I should also note that a journalist cannot ultimately prevent a reader from using a negative story as an excuse to remain in America (notwithstanding the fact that the mitzvah of aliyah has nothing to do with how religious Israeli society is – it wasn’t very religious in Avraham’s time either). Over 3,300 years ago, the Spies entered a land that was full of luscious fruit, yet they chose to see only frightening giants and constant funerals.

The writer isn’t always to blame. Readers are part of the tango as well. They have the responsibility to rise over what they see and hear, and – like Yehoshua and Calev – cling to the divine inner goodness of the land. 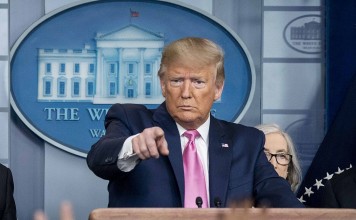 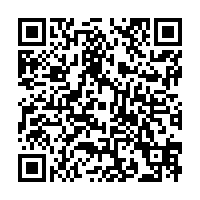