Here are the first three paragraphs of what appears to be a completely serious news report that appeared on Tuesday and is still up on the website of PressTV. It’s been there since this morning.

British and Zionist health experts are working on a SARS-like race-specific bio-weapon, which could be capable of creating a global threat through triggering a massive ethnic cleansing, it has been claimed.


The claim was made following the identification by the World Health Organization (WHO) of a new SARS-like race-specific virus that targets people of Middle Eastern decent. The original SARS (Severe Acute Respiratory Syndrome) resulted in the death of numerous people in Hong Kong.

The Zionist-led Israeli regime has been seeking to spot specific genes carried by human of Arab decent in an attempt to develop a race-specific bio-weapon that could covertly be exposed to Arab populations in order to commit a massive ethnic cleansing whenever necessary.

Ignore for the moment the rank racism, the poor spelling (“by human of Arab decent”), the childish form of expression, the absence of any basis for the wild and irresponsible allegations (“it has been claimed“; “according to intelligence sources“). Ignore that it more or less repeats (without attribution) something that appeared on an over-the-edge website a few days prior.

Just focus, for a moment, on the comments published under the article on the PressTV site. As of Tuesday afternoon, there are 27 published comments, almost all of them proceeding on the assumption that the report is true, and 75 “likes.” The story went up Tuesday, so by the time you check, there are certain to be more.

If it was not already obvious, we have arrived at the point where people are ready to swallow the most extravagant charges against Israel – anything, with or without an explanation, no matter how fanciful or outrageous. These commenters are probably not the brightest bulbs in the box, but in times as dangerous as these, when mobs don’t just get noisy but actually kill innocent people, there’s no requirement for them to have normal intelligence in order to cause harm.

And before anyone wants to dismiss the news channel as marginal, a word about PressTV. It calls itself

the first Iranian international news network, broadcasting in English on a round-the-clock basis. Our global Tehran-based headquarters is staffed with outstanding Iranian and foreign media professionals. Press TV is extensively networked with bureaus located in the world’s most strategic cities.

PressTV is owned and operated by the government of Iran, via the state-owned media corporation Islamic Republic of Iran Broadcasting (IRIB) [source]. Its current presenters include Lauren Booth, gaffe-prone sister-in-law of former British prime minister Tony Blair and thoroughly loose cannon; and George Galloway, the inflammatory British parliamentarian. FARS, another Iranian media channel with a name that sounds like what it often is, and Iran English Radio are both currently echoing the PressTV report. Someone in the Iranian regime clearly wants this story to get traction. Sadly, that is very likely to happen. 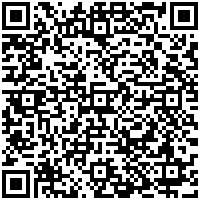