We’re now entering the period when we begin to pray for rain.  Lack of rain was often an excuse to persecute the Jews, specifically those living in Jerusalem.  There are quite a few examples from our history of this rain libel, which was very often linked to the ‘sin’ of drinking wine.

Martin Kabátník, a Czech-Bohemian pilgrim who visited Jerusalem in 1491, reported that when there’s a drought, the Arabs go to the Jews and Christians and break their wine vessels.  Then they break all other vessels they find.  And they blame them, saying that because of them G-d is preventing the rain from coming, because they’re infidels and drink wine.  Kabátník said he heard from the Muslims that it’s OK to wrong the Jews, since G-d doesn’t see it as a sin.


A few years later, in 1495, a student of the Bartneura repeated the same story: when there’s no rain and the water is gone from the waterholes, the Ishamaelites will sometimes gather on us, to pour out the wine and break the jugs because they said that rains don’t come because the Jews sin and drink wine.

Around 30-years later, after the Turks conquered the land, Rabbi Moshe Basula came to Jerusalem.  And he discovered things hadn’t changed.  He writes as follows: It’s the custom of the Ishmaelites in Jerusalem, that when G-d doesn’t make it rain, they say it’s the fault of the Jews who drink wine, and they ask the governor to break the wine-jugs of the Jews. And on Wed. 20th of Kislev 5282 [Nov 20, 1521] the governor claimed that libel, until they agreed on (a fine of) 200 dukats of their currency, every dukat is 4 marcellis.  They fined anybody who made wine, and it cost half a dukat, that is 2 marcellis, for every 100 rotiol of wine, which are 600 of our liters.

A Jewish poem tells us of similar problems twenty years later.  The lamentation, written by Moshe Ma’alim, describes the troubles which befell the Jews in Jerusalem starting in 1542.  In that year a plague hit the city, followed the next year by an earthquake which hit on Passover.  Then locust covered the land, which exacerbated an on-going drought.  The Muslims blamed the Jews, and repeatedly searched their houses for wine, the cause of all the troubles.  This left the Jews with no wine for religious ceremonies.  Finally the Muslims evicted the Jews from the city.

The lamentation was written while the Jews were still in “Galut,” and ends with a prayer that the Jews will return to Jerusalem soon.

A hundred years later, we again hear a very similar story.  Except this time, the problem was the Jews, not the wine.

Henry Jessey was a British priest who believed the Second Coming would only occur if the Jews of Jerusalem would convert.  He tells of several similar stories, the most descriptive is based on a letter written by the Jewish community.

In 1639 there was famine in Jerusalem following a long drought.  A Jewish convert to Islam convinced the Turks that the problem was the Jews: they were sinning against G-d.  The Turkish governor, Muhammad Pasha, ordered the Jews immediately evicted from the city.  The Jews begged (and bribed) the governor to give them three days.  The governor agreed and decreed that in three days, if it won’t rain, the Jews will be evicted and their belongings appropriated.  Any Jew found in the city after that date will be executed.

For the next three days, the Jews fasted, day and night.  As the second day drew to a close, when they saw their prayers weren’t answered, they decided they would rather commit mass suicide then stay at the mercy of the Turks.  But before they did so, they asked the governor to pray at Zecharia’s Tomb.

The governor agreed and so on the morning of the third day the Jews went to Zecharia’s Tomb and prayed and prayed.  The day was a hot day, and the Turks already prepared the stones with which they intended to stone the Jews on their return.  But come evening, after a day of prayer, the rains came.  Within a couple of hours all the water holes filled up.  The rains were so heavy, the Jews were forced to stay in the tomb throughout the night.  And on the next morning, the Turks met the Jews coming back and blessed them and gave them gifts.  The governor gave each of the rabbis a suit.  The Jews were saved, until next time. 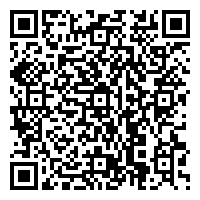