It was an odd choice.

In eulogizing the late prime minister Yitzhak Shamir, Binyamin Netanyahu resurrected one of Shamir’s most incendiary lines: “The Arabs are the same Arabs and the sea is the same sea,” adding: “Today people understand he [Shamir] saw fundamental truths.”

Haaretz columnist Sefi Rachlevsky termed the eulogy “a blood-curdling, racist rant…” particularly by the “prime minister of a state in which a fifth of the citizens are Arabs.”

When Shamir uttered those words, the world knew that he was genuinely concerned about his people; that he feared the threat of their being thrown into the sea by their enemies. Even Rachlevsky, a leftist, conceded that the quote then “constituted ultra-nationalist objection to any compromise. It was rooted in a need to display firm rigidity.”

Yet emanating from Netanyahu, the words ring hollow. Most of us realize by now that we have a prime minister who is unmoved by the threats that his people face. Once a staunch enemy of terrorism, his policies have metamorphosed. These days, Netanyahu worries most about — Netanyahu.

Even the 80% of Israelis who supported the Shalit “swap” presumed it was a one-off exception. They understood that it had been implemented under the menace of Shalit’s execution. After all, Netanyahu’s zero-tolerance of terrorists was well documented. Wouldn’t he resume that same, sane attitude?

Instead, that surrender to Hamas – a travesty of justice unprecedented in any other Western democracy – heralded a wide-reaching policy switch.

While most still consider Israel a staunch opponent of terrorism, the reality is a worrisome laissez faire attitude largely ignored by the media. However we, as the parents of a fifteen year old terror victim, are cognizant of the government’s treatment of terrorists.

Several manifestations of this 180 degree turnabout have appeared on our radar.

One month ago, Netanyahu permitted Nazir al-Tamimi, a murderer freed in the Shalit deal, to leave the West Bank and enter Jordan. The original terms of Al-Tamimi’s release prohibited any attempt to leave the Palestinian Authority’s jurisdiction. His flouting of that prohibition – reported prominently in the Arab media – entitled Israel to re-arrest and re-imprison him.

Israel chose instead to reward him for it.

The revocation of Al-Tamimi’s confinement to the PA, almost unreported in the Israeli media, dealt our family a painful blow. Al-Tamimi entered Jordan in order to marry his fiance and first cousin, Ahlam Tamimi. His sweetheart is a convicted mass murderer who slaughtered 15 men, women and children, including our daughter, Malki, in the Jerusalem Sbarro restaurant terror bombing of August 2001.

Since her release in October 2011, Tamimi has boasted of the massacre she committed on videos, in news interviews, at mass rallies in four Arab countries, and on her weekly Hamas prime-time TV program. She has smiled joyfully on video upon learning precisely how many of her victims were children (eight).

An American journalist, Ben Cohen, found these events newsworthy. His quest for an official explanation from the Prime Minister’s Office produced what he delicately termed “some initial reluctance.” When Mark Regev, Netanyahu’s spokesman, finally did respond he told Cohen: “…the current situation is a direct outcome of the Shalit deal. Everything flows from that.”

Regev’s inanities continued: “Israel does not have a problem with terrorists leaving,” he said. “It’s easier for us when hardcore terrorists actually leave. Their ability to hurt us in the future is much more limited.”

In this era of globalization, Regev’s assertion that a few kilometers and a border will shield us from terrorists is antediluvian.

What he and Netanyahu do fervently believe in is the convenience of sweeping terrorism-concerns under the carpet. They know that the ramifications of their short-sightedness are not apparent to most citizens. The growing arsenals of Hamas and Hizbullah do not feature on most Israelis’ list of daily concerns.

Several days ago, this indulgence toward terrorists resurfaced. Netanyahu, we learned, is primed to free another 123 prisoners incarcerated in Israel since before the Oslo Accords. Most of them are Fatah members who have been in imprisoned for 25 to 35 years after being convicted of involvement in terrorist attacks in which Israelis were killed. The goal is to woo Mahmoud Abbas back to the negotiating table.

In a recent interview with Haaretz, Itamar Rabinovich, former Ambassador to the United States and former chief negotiator with Syria in the mid 1990’s, said he fears Mahmoud Abbas is not ripe to end the conflict: “That is a function of his personal ideology, his character and his historical location.” 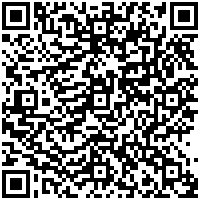