Israel’s Prime Minister, Benjamin Netanyahu, has issued a series of new demands during the latest round of negotiations with the Palestinian leadership.


In a leaked memo, Netanyahu has demanded that the Palestinians must recognize Israel as a legitimate independent State within secure borders, and that both parties agree to a cessation of hostilities.

“Unless the Palestinians finally recognize the legitimacy of the State of Israel, and our right to live within secure borders, then we will not be agree to give them their Palestinian State”, Netanyahu explains. “Not now, not ever!”

Advisers close to the Prime Minister noted that this demand has already been accepted by the Palestinians.

Yasser Arafat did this in the exchange of letters between himself, Israel’s Prime Minister Yitzhak Rabin and Norwegian Foreign Minister Johan Jorgen Holst on 9th September 1993.

Furthermore, due to lingering doubts, this recognition of Israel was endorsed by the Palestinian National Council in Gaza,  on 24th April, 1996.

And again in the Wye Memorandum.

And, sure enough, US President Bill Clinton himself attended the PNC central committee meeting in Gaza on 14th December 1998, where the PNC voted in formal recognition (again) of the State of Israel.

Clinton stated: I thank you for your rejection—fully, finally and forever—of the passages in the Palestinian Charter calling for the destruction of Israel. For they were the ideological underpinnings of a struggle renounced at Oslo. By revoking them once and for all, you have sent, I say again, a powerful message not to the government, but to the people of Israel. You will touch people on the street there. You will reach their hearts there.

It is unclear why Netanyahu is again demanding that the Palestinians recognize Israel, when they have done so, repeatedly, and “fully, finally and forever”.

Each time Israel has demanded formal Palestinian recognition, the Palestinians have used this to extract further concrete, strategic concessions from Israel.

According to the leaked memo, this time Netanyahu has added important details to the previous Palestinian statements recognizing the State of Israel.

“This time, I want them to say that they recognize Israel as a JEWISH State.”

Netanyah claims this will change the “narrative” of the Palestinian history, and will be a statement recognizing The State of Israel’s legitimacy “fully, finally and forever”.

“I also want them to recognise me, Benjamin Netanyahu, the democratically elected leader of Israel’s Jewish State as the sole legitimate representative of the Jewish State,” Netanyahu continues.

“But perhaps most importantly, there will never, ever be peace in our region, until the Palestinians formally recognize Israel as the Start-Up Nation.

“Without technology, Israeli technology, the Palestinians will be forever aspiring to third world economic conditions. I want them to say it, clearly, unambiguously, for all the world to hear, and for their own people to hear, fully, finally and forever: “Israel is the Start-Up Nation”.

The memo assures the Palestinian negotiating team that once they issue a formal statement, using the critical words “Start Up Nation”, Israel will recognize the State of Palestine, including “returning” the whole of Judea & Samaria, Gaza, Jerusalem, the Jordan Valley and the Coastal Plane to “Legitimate Militarized Palestinian Sovereignty”.

“It will be a quid pro quo” – says Netanyahu. 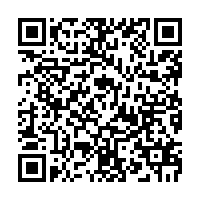