“And the cities of the tribe of the children of Benjamin according to their families, were; … Mizpeh, and Chephirah, and Motza. (Joshua 18:21-26)”

As a tour guide, not only do I have the privilege of sharing Israel’s beauty at so many wonderful sites we visit, but also picking out incredible spots along the way while travelling between them. One of the most fascinating roads, is highway one between Jerusalem and Tel Aviv. Motza (a Biblical town which later played a large part in the development of modern Israel) is located just outside Jerusalem, and is one of these places I like to speak about.


Motza was first settled during the Canaanite period. When the Israelites conquered the Holy Land under Joshua, the land was given to the tribe of Benjamin (see Joshua 18:26). The town was very desirable due to being on the main road (highway one is located on an ancient route), its proximity to the capital city of Jerusalem (7 kms in ancient times) and its fertile soil and abundance of springs. One of the major crops was wheat, and the city was actually labeled, “A royal grainary specializing in grain storage”. Indeed, dozens of grain silos and two storage buildings were found here.

In 2012 a major (idol worshipping) temple from the first Temple period was discovered during renovations of Highway One. This temple was destroyed by Hezekiah in his quest to rid the land of false deities (see 2 Kings 18:4 and 2 Chronicles 31:1).

During the Second Temple Period, according to Jewish sources, Motza was where the willow branches (which grow in abundance here) were cut and brought to Jerusalem as part of the Temple Service of Sukkot.

During the Great Jewish Revolt, Motza was destroyed by the Romans and resettled (circa 71 CE) as a colony for 800 Roman Soldiers called Colonia.  During Islamic times the Arab town of Qalunya, which preserved the Roman name, stood here.

In 1859, a wealthy Jew from Baghdad, Shaul Yehuda, gave money to start a new Jewish agricultural settlement in the Holy Land.  The Arab town of Qalunya was filled with springs and fertile land. Since they had recently fallen on hard times, they were happy to sell land, although not to Jews.  In order to be able to purchase land, Shaul Yehuda gave the money to British Consul James Finn (a Christian and ardent proponent of Jews resettling in Israel) who bought the land for them. They renamed the town Motza (its ancient name).  Although the land was fertile, it was also in a valley surrounded by hostile Arab villages.  Getting residents to come and settle was nearly impossible, so Rabbi David Yellin moved alone with his family and began plowing the land.  While planting orchards, he discovered an ancient Byzantine inn.  In 1869, highway one (which went through Motza) was paved between Jaffa (Israel’s port city at the time) and Jerusalem. Realizing the commercial potential of having a hotel along the way between Israel’s two most important cities, Rabbi Yellin built an inn on top of the Byzantine Inn foundation in 1871.

With the assistance of Jewish organizations like Bnai Brith, more land was bought, and Jews were encouraged to move here and build homes with generous financial terms.  Four families ended up moving in 1894, including the Maklef family.

In early 1905, due to hard times and drought, there were not sufficient funds to build a proper synagogue.  Later that year, a wealthy Hungarian Jewish visitor to the Inn provided the money needed to build the synagogue, which is still active to this day.

In 1929, Arabs from across the country began rioting around the country to kill Jews and stop them from returning to their ancestral homeland.  Hundreds were murdered and assaulted. During the rioting, the leader of Qalunya (the adjacent Arab town) swore on the Quran that no one from Motza would be attacked, although the next day Arabs from that very town swarmed down the hill, attacked the town and killed most of the Maklef family (including the parents and three brothers).  Two visiting Rabbis were also killed.  During the assault, 18-year-old Chaim Maklef had slipped out with a shot gun to try and get help from his friends in Qalanya.  When he returned and saw his home on fire, he shot at the murderers, repelling them temporarily, allowing just enough time for his younger sister Chana and 9-year-old brother Mordechai to escape (later, General Mordechai Maklef would become the third chief of staff of the IDF). Motza and its synagogue was now in ruins!

In 1933, Jews returned to Motza and rebuilt the town on the other side of the highway where it remains today.  In 1948 residents of Qalunya and nearby villages like Qastel, fought tooth and nail against the formation of the Jewish State.  Israel, however, was the ultimate victor and these hostile towns were abandoned (although the nearby Arab town of Abu Gosh which was friendly to the new state of Israel, continues to exist and flourish to this day).

Motza, today a well to do town of about 1200 inhabitants, is flourishing. In 1980, the synagogue (severely damaged in 1929) was restored and still in use today. In addition to the historic sights, an amazing winery and a world class jewelry design center make this town a site that should definitely be included on your next itinerary!

(images are free for public use; Shutterstock images leased by author for commercial use} 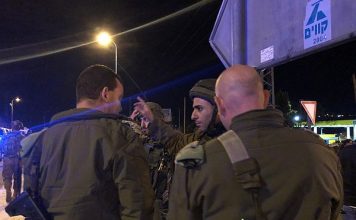 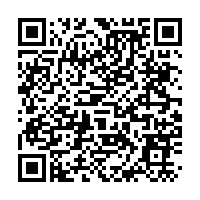