At a recent ceremony in Jerusalem, Israel signed a Cooperation Agreement for the European Union’s Civil Global Navigation Satellite System (GNSS). The agreement opens up the soon-to-be completed Galileo global satellite system to academia and the aerospace industry in the Jewish state. On hand at the event were Yaakov Peri, Israel’s Minister of Science, Technology, and Space, and Antonio Tajani, Vice President of the European Commission on Industry and Entrepreneurship.

“[This agreement] shows our mutual admiration for each other’s research and development capabilities. GPS capabilities have become a major part of our lives, and this agreement will lead to strategic, security, and economic cooperation between Israel and the EU in the coming years,” Peri said.

A joint venture between the European Space Agency and the EU Commission, Galileo will be a worldwide network of 30 satellites that will be even more accurate than the current American GPS and Russian GLONASS systems, which are susceptible to interruptions due to various topographical points.

This means Galileo will provide better signal quality for search and rescue, weather monitoring, and everyday tasks such as finding restaurants or utilizing the Israeli-developed navigation application WAZE. As the first non-military satellite system to offer global navigation services worldwide, Galileo is the crowning achievement of the EU’s aerospace program. Until now, there has been no continuous, uninterrupted civilian GPS-style access, as the American and Russian systems are both militarized at their cores.

For Israeli universities, research institutions, and businesses, the GNSS agreement means direct cooperation with EU counterparts. The civilian nature of the EU system also provides Israelis the opportunity to serve as pioneers in this new technology.“Israel is one of the most competitive economies in the world, and like the EU, one of its main strengths is its world-class capacity for innovation,” said Tajani’s office. “Therefore, Israel and the EU have a strong mutual interest in increasing bilateral business relations and market integration to further promote innovation, boost sustainable growth and create jobs.” Tajani’s office hopes to enhance European growth and competitiveness by implementing aspects of Israel’s dynamic economy. For his part, Peri called the agreement a “milestone” in relations with the EU.

The agreement also indicates that despite harsh criticism from its diplomatic channels, the EU understands how indispensable Israeli technological know-how is in research and development. 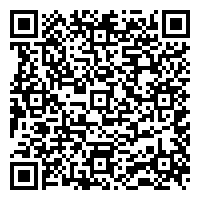