European Commissioner for Transport Violeta Bulc on Friday announced that the EU intends to end the winter and spring changing of the clock across come October 2019.

Daylight saving time is the practice of advancing clocks during summer months so that evening daylight lasts longer, while sacrificing normal sunrise times. Typically, regions that use daylight saving time adjust clocks forward one hour close to the start of spring and adjust them backward in the fall to standard time.


The history of time in the United States includes DST during both world wars, but no standardization of peacetime DST until May 1965, when for two weeks St. Paul, Minnesota and Minneapolis, Minnesota were on different times, when the capital city decided to join most of the nation by starting Daylight Saving Time while Minneapolis opted to follow the later date set by state law.

In the mid-1980s, Clorox and 7-Eleven provided the primary funding for the Daylight Saving Time Coalition behind the 1987 extension to US DST, and both Idaho senators voted for it based on the premise that during DST fast-food restaurants sell more French fries, which are made from Idaho potatoes.

Proponents of DST generally argue that it saves energy, promotes outdoor leisure activity in the evening (in summer), and is therefore good for physical and psychological health, reduces traffic accidents, reduces crime or is good for business. Opponents argue that actual energy savings are inconclusive, that DST increases health risks such as heart attack, that DST can disrupt morning activities, and that the act of changing clocks twice a year is economically and socially disruptive and cancels out any benefit.

Farmers outside Idaho have tended to oppose DST.

Bulc said she expected member states and the European Parliament to keep pace with the Commission’s schedule, ambitious as it may be. She also encouraged finding a consensus among the member states, to avoid confusion (see St. Paul vs. Minneapolis).

The Bulc plan would allow for neighboring countries to remain an hour apart for eternity, but the commissioner suggested that “in order to maintain a harmonized approach we are encouraging consultations at national levels to ensure a coordinated approach of all member states.”

EU Commission President Jean-Claude Juncker told German public broadcaster ZDF: “The people want it, so we will do it.” 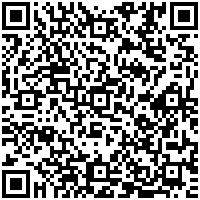