I have had many issues with Rabbi Avi Weiss. But I have always defended him as an Orthodox Jew. He is in fact observant the way Orthodoxy has traditionally defined it. He follows Halacha. And as an Orthodox Rabbi – he preaches following Halahca.

While I think some of his antics in the past bordered on the distasteful and the absurd, such as putting on a concentration camp prison uniform to protest a movie some felt was anti-Semitic, I never thought he was anything but sincere in what he did. Even those things I vehemently disagreed with. But this time he has crossed a line that may actually put him outside the pale of Orthodoxy.

Left wing Orthodoxy serves a purpose in that it reaches out to those segments of our people who via the surrounding culture have issues with more traditional Orthodoxy. He has given them a place in which to feel comfortable. I would be the last one to discourage him from catering to this group.

First let me say that I agree that the Rabbanut has treated him badly recently. They have rejected a letter attesting to the personal status and Jewishness of one of his congregants. What he has asked for in response to this is to abolish the Rabbanut. Here is why he feels that way.

The Rabbanut has set up new standards for conversion both here and in Israel and have chosen which rabbinic courts they will accept and which they will not. They no longer accept converts from those rabbis that are not approved. I agree that they had to standardize the process since many conversions in the past even by Orthodox rabbis were of questionable validity. The RCA understood that too and agreed to abide by their decision. Their courts are among those approved by the Rabbanut.

Understandably many rabbis that were not included in that perimeter were upset that their conversions would no longer be valid – Rabbi Weiss among them. Although it perhaps should not have come to any surprise that one of Rabbi Weiss’s converts would not accepted – he is in fact very hurt by that.

I do not believe that Rabbi Weiss ever performed an illegitimate conversion. He suspects (and I am inclined to agree with him) that his reputation for radicalism in many areas of Judaism (like ordaining women) is what has motivated the Rabbanut to reject his letter attesting the Jewishness of one of his congregants. Unfortunately Rabbi Weiss’s response to this is completely unacceptable. From his Times of Israel op-ed:

Israel as a state should give equal opportunities to the Conservative and Reform movements. Their rabbis should be able to conduct weddings and conversions. For that matter, civil weddings should also be recognized by the State…

The time has come for the government of Israel – its Prime Minister and Knesset – to pronounce in clear terms that the Chief Rabbinate will no longer have a monopoly on religious dictates of the State.

I can understand why he does not have any faith in the Rabbanut. But I cannot agree with his proposition of granting legitimacy and control to non Orthodox movements. Doing so would mean the end of Israel as a Jewish State. Is that what Rabbi Weiss really wants? Because if he does, we might as well give it over to the Palestinians.

If on the other hand Rabbi Weiss wants Israel to retain its identify as a Jewish State in any legitimate sense – he is then suggesting that heterodox movements have equal authority over many of the defining components of Judaism. If Rabbi Weiss has his way, Israel will for example consider Jewish – people of patralinial descent. Halacha is very clear. Only matralinial descent determines one’s Judaism. In essence he is asking a Jewish government to recognize non Jews as Jews.

Although I am not as strident in my condemnation as is Avrohom Gordimer who has written about this in Cross Currents – I have to agree with him about Rabbi Weiss going too far. Way too far! This goes well beyond Hashkafa. We are dealing with clear Halacha here… the very definition of who is a Jew in a Jewish state is at stake. Intermarriage? You ain’t seen nothin yet!

I don’t know what’s come over him. I know he’s been hurt. But this goes well beyond simply rejecting the Rabbanut. It completely undermines what he is trying to accomplish. It is one thing to try and reach out to non observant Jews. But giving Conservative and Reform Judaism that kind of legitimacy and control is not the way to do it. I hope Rabbi Weiss reconsiders his position. Because if he doesn’t (and it pains me to say it) I have to question whether he can continue calling himself an Orthodox Rabbi. 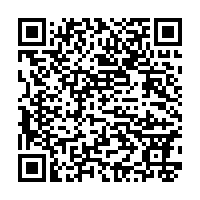