With Hanukkah beginning this week on Wednesday evening, Modi’in and the nearby settlement of Hashmonaim are appropriate choices for this week’s feature.

Hanukkah, which means the Festival of Dedication, celebrates the rededication of Jerusalem’s Holy Temple in the 2nd century BCE, following the triumph of a small band of Jews, led by the Maccabees, over the powerful Seleucid-Greek army. Under King Antiochus IV Epiphanes, the Greeks had sought to impose their culture and erase any trace of Jewish observance.

The Maccabees hailed from the village of Modi’in, and the story of Hanukkah and the Maccabean Revolt took place in the Modi’in region and Jerusalem.

Modi’in, now a thriving city of 83,000 and fast-growing, is often referred to as the “Land of the Maccabees.”

Modi’in’s complete name, since 2003, is Modi’in-Maccabim-Re’ut, following its merger with the towns of Maccabim and Re’ut, which were founded in 1985 and 1987, respectively, and united into Maccabim-Re’ut in 1990.

“I find it positively inspiring to live where the Maccabees once lived. You can see for yourself the sites of their former presence, and it makes me feel even more committed to living in the historic Land of Israel,” said artist Leah Laker, a Modi’in resident.

Designed to preserve its natural landscape by renowned Canadian-Israeli architect Moshe Safdie, Modi’in, established in 1996, is a semi-suburban city surrounded by greenery. It includes many facilities and services for contemporary families, such as the ultra-modern Azrieli Mall.

Modi’in’s population consists of a well-integrated combination of religious and secular residents, including native Israelis and immigrants. They are mostly middle-class professionals, and many commute to Tel Aviv and Jerusalem; Modi’in lies midway between. As well, an industrial park in the north end of the city provides employment in high-tech and other fields.

The settlement of Hashmonaim, located two kilometers east of Modi’in, was named for the Hasmonean Dynasty, which was founded by the victorious Maccabees and ruled in Judea from 164 BCE to 63 BCE.

Established 26 years ago, Hashmonaim is known for its small-town, religiously traditional atmosphere.

More than 50 percent of the population is American, and thus it is not surprising that a baseball diamond lies at the entrance of this suburban paradise. The native Israelis and immigrants from other countries are more diverse, with a combination of Sephardic, Ashkenazic and Yemenite backgrounds.

Hashmonaim boasts lovely detached and semi-detached homes and includes entertainment and programming for children of all ages. Numerous amenities for families include modern playgrounds and diverse sports and music programs.

Modi’in, which caters to families who enjoy a city feel, and Hashmonaim, a blissful town in the center of Israel, are truly a blend of ancient Jewish history and world-class innovation. 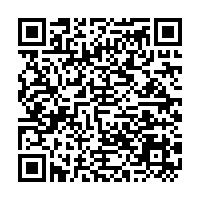