Apple has made short shrift of recent denials of Israel’s PrimeSense gesture recognition company that it is being bought out and has and confirmed on Monday it is paying $359 million for the firm.

“Apple buys smaller technology companies from time to time, and we generally do not discuss our purpose or plans,” said Apple in a statement following 18 months of negotiations.


PrimeSense was founded as a start-up in 2005. Its software is embedded in Microsoft’s Kinect system and is used in Xbox 360 game consoles. Its gesture recognition technology allows purchasers to use their tablets to buy clothing by scanning their bodies.

Apple will embed PrimeSense’s technology in it smart TV that is scheduled to hit the market in 2015, Globes reported. Apple might also install the technology in iPads.

The acquisition is Apple’s second in Israel. Two years ago, it paid $400 million for Anobit. 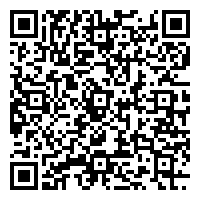