The teenage son of Father Gabriel Nadaf of Nazareth, who was soon to be drafted into the Israel Defense Forces, suffered a brutal beating on Friday evening. He is being treated at the English Hospital in Nazareth.

A 21-year-old affiliated with the anti-Israel Hadash party was arrested in connection with the attack, Israel’s Channel 2 television reported.


Nadaf, a Greek Orthodox priest known for encouraging participation in military and national service among local Christians, said in the TV interview that his wife and other son fear leaving their home.

“As I call for integration in Israeli society, extremists are trying to divide and tear and incite against me,” Nadaf said. “The incitement of verbal threats has passed yesterday into physical violence as their goal is to intimidate me and my family.”

His family has been threatened not only physically; Israeli politicians have interfered to prevent the Jerusalem Patriarchate from firing Nadaf and destroying his livelihood.

Matan Peleg, director of operations for Im Tirtzu (“If you will it”), an Israeli organization promoting Zionist values, told United with Israel that last year, when a number of Christians in Nazareth had decided to promote enlistment in the IDF and join the Israeli mainstream, “we helped them immediately. They were placing their destiny with the State of Israel.”

Nadaf is “a good friend,” Peleg said, adding that only last week his group had warned that “something like this would happen.”

The past several months have seen a growing patriotism among Christian Israeli Arabs, which has alarmed enemies of the Jewish state.

In July, a new Christian party, Brit HaHadasha (meaning “Sons of the New Testament”), was created, calling for service in the IDF among other forms of integration

By mid-summer, the number of IDF recruits from Israel’s Arab-Christian community more than tripled since last year – from 35 to 100 – and 500 had volunteered for national service. They identify themselves as “Arab-speaking Israeli Christians.”

“At a time when Christian communities across the Islamic world are facing vicious persecution in the form of arrests, mob violence and bombings of churches, it’s no coincidence that this assertive form of Christian identity has manifested in democratic Israel,” noted JNS journalist Ben Cohen. “Increasingly, Christians in the Middle East understand that if their faith is to have a future in the region, the states in which they live need to be governed by the values of democracy and tolerance. A state that is Jewish in terms of its identity but which gives the same rights and demands the same duties of all of its citizens is truly a revolutionary development for the Middle East – and a key reason why so many of its neighbors dream of its destruction.”

“Our goal is to guard the Holy Land and the State of Israel,” Nadaf declared at a meeting with Prime Minister Benjamin Netanyahu in the summer. “We have broken the barrier of fear – the state deserves that we do our part in defending it. Those who oppose the integration of the Christian community in the institutions of state do not walk in the path of Christianity.”

“Members of the Christian community must be allowed to enlist in the IDF,” Netanyahu asserted. “You are loyal citizens who want to defend the state and I salute you and support you. We will not tolerate threats against you and we will act to enforce the law with a heavy hand against those who persecute you. I will not tolerate attempts to crumble the state from within. The State of Israel and the Prime Minister stand alongside you.”

Following the attack, Netanyahu vowed that Israel will not tolerate continued violence against Christian supporters of Israel. 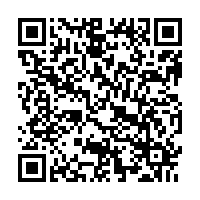