It is a necessary but sad evil when leaders like President Shimon Peres and Palestinian Authority chairman Mahmoud Abbas have to cry over Nelson Mandela’s death even though both leaders, in their own ways, exploited or ignored him for their own causes, however justified in their own eyes.

Abbas and Peres should not be mentioned in the same breath, but the truth is that both are masters of manipulation whose mourning for Mandela to a certain extent is a mask for an uglier truth.


Abbas undoubtedly has proven himself to be a chess master par excellence in the diplomatic field, convincing virtually the entire world that the Palestinian Authority is some poor, hapless victim of apartheid and not a regime that was born out of terror and breathes and lives on the threat to kill Jews.

Abbas also is just another hapless Arab whose definition of helping his constituents is to create the right conditions for the destruction of Israel as Jewish state. For this, he rewrote the history of Mandela’s support for the Palestinian Authority as a country but on condition that Israel remain secure.

President Peres has turned his constant failure to be elected Prime Minister in his own right into a worldwide success as the Preacher of Peace and the naïve if not foolish pawn of anti-Zionists who have played on his vanity and weighed him down with every decoration and medal on earth so long as he keeps playing “nice Jew.”

So what if Jonathan Pollard still is in jail? Peres perhaps figures that his being awarded the Freedom Medal by President Barack Obama gives him more leverage to win Pollard’s freedom, just like he was sure that expelling Jews and pulling the IDF out of Gaza would guarantee peace and quiet for Israel.

But to Peres’ eternal credit, he also led the secret and not-so-secret effort to make Israel an undeclared nuclear power.

As a man of peace, it is only natural that Peres eulogize Mandela, who is not around to remind Peres that while the president was carrying out his duty to Israel to help its nuclear development, he did so while Mandela was suffering in his prison cell.

Abbas has served his cause faithfully, regardless of it being based on some of the biggest lies since Hitler and the Holocaust, which Abbas honored in his doctoral thesis that the Shoah really didn’t happen.

In short, yes, Abbas is a liar and a louse, but he is masterful at it.

He hailed Mandela as  a “symbol of freedom from colonialism and occupation,” whose death “is a great loss for all the peoples of the world, and for Palestine.”

Using the African apartheid to describe the Israeli “occupation” and security fence along Judea and Samaria is one of those gross and obscene propaganda tactics that historians will correct at some time in the future, on the assumption that “the truth will out.”

For anyone writing history now, refer to Mandela’s tour of the Middle East in 1999.

He indeed supported the idea of a Palestinian Authority state and that “talk of peace remains hollow if Israel continues to occupy Arab lands, but he said in the same breath, “I cannot conceive of Israel withdrawing if Arab states do not recognize Israel, within secure borders.”

He made no mention of the “Green Line” or the 1949 “Temporary Armistice Lines.”

Mandela, like Peres, viewed the world through his own dreams and experiences, no matter how foreign from the Middle East. He saw Israel as practicing apartheid, and he also viewed Iran as a country that has no evil intentions towards Israel.

So much for his prowess in world affairs outside South Africa.

Lots of people kissed Mandela. One of them was Yasser Arafat. Comparing the two men as freedom-fighters is something out of a science fiction horror movie, and historians will have a hard time justifying that equation.

Another man who kissed Mandela was Peres.

“The world has lost a great leader who changed the face of history,” said Peres. “Nelson Mandela was a human rights fighter who made his mark on the war against discrimination and racism.”

The Israeli president said the right words at the right time in the name of the country. For all of Peres’ illusions, historians might remember him not so much for his peace preaching as for his leading Israel into the nuclear era.

Peres must be praised and complimented, but his contribution towards helping Israel be able to defend itself against even the worst imagineable threat does not remove the warts.

NBC News investigative journalist Robert Windrem reported Sunday that in the 1970s, while Mandela “was languishing in a damp prison cell on Robben Island, Peres was making deals with South Africa’s apartheid regime to trade missiles for money and the uranium needed for atomic bombs.”

Peres was defense minister at the time, and Yitzchak Rabin was Prime Minister. An agreement was made, according to NBC, to help South Africa carry out a propaganda campaign to brighten its image. South Africa paid handsomely for Israel’s help, and the close relationship between the two countries flourished to the point that they cooperated on military and nuclear development.

One of the key players in convincing South Africa to enter the agreement was a man names Eshel Rhoodie, according to NBC, which based its report on interviews and documents, including a book based on Israeli and South African government documents.

Another key person was Arnon Milchan, a Hollywood billionaire who two weeks ago confided that he was instrumental in helping Peres to advance Israel’s nuclear development.

“Israel certainly developed its own nuclear weapons, apparently with the help of South Africa” NBC reported. “Rhoodie and another high-ranking South African official told NBC of an arrangement between the two countries in the late 1970s in which South Africa supplied 600 tons of uranium to Israel in return for 30 grams of tritium, used to detonate nuclear weapons. The uranium was codenamed ‘mutton,’ the tritium ‘tea leaves and the overall exchange was called ‘Project Mint.’”

Peres was far from trying to back Mandela’s fight against apartheid. Rightfully putting Israel’s security above everything, the Israeli government provided the apartheid regime with Jericho missiles or at least Jericho technology.

This is known from computer imagery from U.S. spy satellites that tracked a missile launch east of Cape Town and discovered the images to be identical to Israel’s launch of the Jericho. With the Jericho, the South Africa regime was in a better position to win leverage in the region.

Mandela became president of South Africa in 1994, when relations with Israel were poor, to say the least.

“I did it for my country and I’m proud of it,” Milchan said.

Peres cannot dare tell the truth. That is the price he has to pay for having been loyal to Israel’s security needs.

Abbas also cannot tell the truth about Mandela’s clarification of his support for a Palestinian Authority state. That is the price he pays for being loyal to the Arab religion of hate.

Mandela’s legacy can live without any reminders from Abbas and Peres, but both played their parts masterfully. 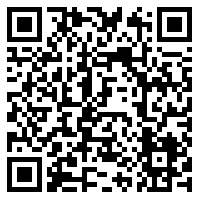