The late Dr. Zvi Ilan, one of Israel’s foremost archaeologists, once described Joseph’s Tomb as “one of the tombs whose location is known with the utmost degree of certainty and based on continuous documentation since biblical times.”

The Torah tells us that, though Joseph was initially buried in Egypt, Moses took them with the Israelites as they escaped from slavery since Joseph had made the sons of Israel swear, saying, ‘G-d will surely visit you and you shall carry up my bones with you from here.’” However, the very fact that Moses managed to find the bones of Joseph was itself miraculous, given that over 210 years had passed.(Exodus 13:19).


The Talmud explains how that happened. “It is related that Serah, daughter of Asher, was a survivor of that generation. Moses went to her and asked if she knew where her uncle was buried. She answered him, ‘The Egyptians made a metal coffin for him which they fixed in the river Nile so that its waters shall be blessed.’ Moses went and stood on the bank of the Nile and exclaimed, ‘Joseph, Joseph! The time has arrived which the Holy One blessed be He swore-I will deliver you and the oath which thou didst impose upon the Israelite has reached the time of fulfillment.’ Immediately Joseph’s coffin floated on the surface of the water.

According to the Book of Joshua (24:32), “The bones of Joseph which the Children of Israel brought up from Egypt were buried in Shechem in the portion of the field that had been purchased by Jacob.” This means that the remains of Joseph who is known for his colorful robe, being sold into bondage by his jealous brothers, and rescuing the region from a deadly famine, have been resting in Joseph’s Tomb since the Exodus.

Ancient rabbinic texts, Midrashic literature, the early church historian Eusebius, Arab geographers, medieval Jewish pilgrims, and even 19th century British cartographers all agree regarding the location of Joseph’s Tomb. As William Cooke Taylor wrote in 1838, “The present monument is a place of resort not only for Jews and Christians but Mohammedans and Samaritans; all of whom concur in the belief that it stands on the verifiable spot where the patriarch was buried.” John Wilson, writing in 1847, claimed that on Joseph’s Tomb there were many visitors’ names, written in Hebrew and Samaritan letters, with one of them said to intimate the tomb’s repair by a Jew from Egypt, Elijah son of Meir, around 1749. 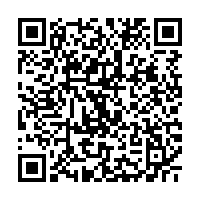