Former U.S. Defense Secretary Robert Gates recently warned that, “The results of an American or Israeli military strike on Iran could, in my view, prove catastrophic, haunting us for generations in that part of the world.” During Thursday’s Vice Presidential debate the statement was read to Vice President Joe Biden and Vice Presidential Candidate Paul Ryan  at the start of segment on Iran.

What exactly Gates meant by “catastrophic” I’m not sure (Muslim/Middle East resentment towards the U.S.? Lack of access to oil? Increase in global terrorism?), but during the debate, both Biden and debate moderator Martha Raddatz seemed to argue that it meant going to war with Iran.

RYAN: A nuclear-armed Iran which triggers a nuclear arms race in the Middle East. This is the world’s largest sponsor of — of terrorism. They’ve dedicated themselves…

BIDEN: When Governor Romney’s asked about it, he said, “We gotta keep these sanctions.” When he said, “Well, you’re talking about doing more,” what are you -you’re going to go to war? Is that what you want to do?

But who said anything about “going to war” – a term that implies landing U.S. troops in Iran? What everyone – Netanyahu, Mitt Romney, and even the Obama administration – is talking about is a military strike, and making it clear to the Iranians that the U.S. is prepared to conduct such a strike.

Biden himself said during the debate “we feel quite confident we could deal a serious blow to the Iranians.” By “dealing a serious blow” in the singular, Biden surely means some kind of air strike, not putting boots on the ground for continuous warfare.

The question is how seriously do the Iranians take that possibility. Romney and Ryan are arguing that the Iranians don’t take it seriously at all because so many voices from the administration are playing down the need for an attack, while playing up the negative possible consequences of an attack (e.g., saying it would be “catastrophic,” eschewing talk of “war”)  and pressuring Israel not to attack.  The evidence, which Ryan pointed to during the debate, is the fact that Iranians have, for the past four years, continued and even sped up their nuclear program.

But Biden isn’t actually talking about Iran. With the talk “war,” Biden is implying that Republicans – as evidenced the wars initiated by President George W. Bush – are generally war mongers and only Democrats can be trusted with office of the “commander in chief.”

But “Bush’s Wars” were not solely Bush’s or the Republican Party’s. Democrats, including Biden (despite his insinuation otherwise), voted overwhelmingly in favor of the wars in Afghanistan and Iraq. Those were wars made necessary by the failure of the U.S. to pay attention to threats abroad and nip them in the bud, just as Obama is failing to do with Iran.

And, if it is true that attacking Iran will definitely trigger a counter attack which will require a greater U.S. response, then that would indicate the irrationality of the Iranians: that as their economy crumbles they would be willing to engage the most powerful military known to history. If they would act so brazenly without nuclear weapons/nuclear weapons capability, imagine how much more likely war would be if they already had a weapon/capability.

Ryan should have answered Raddatz’s “what’s worse” question like so: “You know what’s worse, a nuclear Iran that starts a war, because that’s the future we’re looking at under Obama’s leadership.” 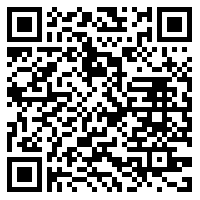