Prime Minister Netanyahu suggested to US secretary of state John Kerry that the framework he was drawing up for negotiations between Israel and the Palestinian Authority include Palestinian Arab recognition of Israel as a Jewish state, as the nation-state of the Jewish people. Kerry intended to include this Israeli proposal, but since has backed away from it in view of Arab opposition, first of all from Mahmoud Abbas and his Fatah and Palestinian Authority. Just last week, the Arab League voted its support for Abbas’ position.

One of the justifications for this opposition that apologists for the PA/PLO present is that by Israel being a Jewish state, the civil rights of Arab citizens of Israel would be adversely affected.

The arguments against Israel as a Jewish state could logically be applied to Arab and Islamic states, and with more justification, since we have the benefit of hindsight to know just how non-Arabs and non-Muslims have been treated in Arab states.

The explanation for the Arab position lies, I believe, in the traditional Arab-Muslim view of Jews as an inferior dhimmi people, a millet [see below] devoid of national rights, and only entitled to live if they pay a yearly head tax on dhimmis called the jizya. The dhimma system applied to all non-Muslims who were subjects of the Islamic state, with individual exceptions. Within this system, the Jews were at the bottom of the barrel, at least in the Fertile Crescent countries, including the Levant, where the Jews’ status was inferior to that of their fellow dhimmis, the Christians.

Whereas the Quran and medieval Arab historiography, such as the the writings of Ibn Khaldun, recognize the Jews as a nation or people, the entrenched Islamic view of Jews as an evil, inferior contemptible millet is now dominant. Moreover, in fact, in practice, that was the actual status of Jews in the Arab-Muslim countries for centuries. Even today in the 21st century Muslims believe that Jews do not deserve the dignity of having a national state of their own, the Quran and the old Arab historians notwithstanding.

This contemptuous view of Jews is clearly stated by the PLO in its charter. Article 20, already denies that the Jews are a people, claiming that they are merely a “religious” group. Jewish tradition holds that the Jews are both a people and a religious group. Here is the relevant text of Art. 20:

“The claim of historical or religious ties between Jews and Palestine does not tally with historical realities nor with the constituents of statehood in their true sense. Judaism in its character as a religion is not a nationality with an independent existence. Likewise the Jews are not one people with an independent identity. They are rather citizens of the states to which they belong.”

Note the contempt for Jews which oozes from this text. The history of Israelite/Jewish kingdoms in the country, as well as of the Roman province of Judea, is denied. The setting of much of the Hebrew Bible lies in the Land Of Israel which the PLO denies in a way reminiscent of Holocaust denial. Further, Jews do not have “the constituents of statehood in their true sense.” Just by the way, the Nazis and other German Judeophobes claimed that the Jews were not capable of being a “state-forming nation.” [see Francis R Nicosia, The Third Reich and the Palestine Question (Austin, TX: University of Texas Press 1985)]. 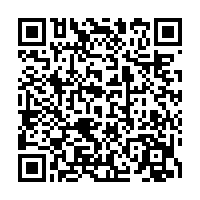