The film “Honor Diaries” provides women the opportunity to tell their stories about the misogynistic practice known as “honor violence” in their native culture. The film – not the practice –  has been attacked by certain Muslim civil rights groups, especially the organization known as CAIR – the Council on American-Islamic Relations.

The film follows nine women whose lives have been affected by what is known as the “honor culture” in certain Islamic cultures. Practices such as female genital mutilation, honor violence, honor killings and forced marriage at young ages make up the panoply of horrors these women or their family members experienced first hand.

Honor violence, according to the AHA Foundation, is

a form of violence against women committed with the motive of protecting or regaining the honor of the perpetrator, family, or community.  Victims of honor violence are targeted because their actual or perceived behavior is deemed to be shameful or to violate cultural or religious norms.  Conduct such as resisting an arranged marriage, seeking a divorce, adopting a Western lifestyle and wearing Western clothing, and having friends of the opposite sex have resulted in honor violence.

Information in the film “Honor Diaries” is provided mostly through the stories of the nine women, and much of what they describe happens in Muslim majority countries. One chilling statistic: on average, 13 women and girls are killed every day in the name of “honor.”

The backlash against the film has been so intense that some schools and other venues have already succumbed and canceled scheduled screenings. This happened at the University of Michigan at Dearborn last week.

It is hard even for an organization such as CAIR to publicly defend the abuse of women that is described in the film. Instead, CAIR vilifies the Clarion Project, which produced the film, because “Jews produced the film,” as CAIR explained in a letter to Fox News, which ran a segment about the film.

Clarion produced other films which deal with unsavory aspects of Muslim culture. Those films, “Obsession,” “Relentless” and “Iranium,” were similarly criticized by certain defenders of the Muslim faith, although all included interviews with people widely considered to be “moderate Muslims,” such as the Arab Israeli journalist Khaled abu Toameh, and the American Muslim physician Zuhdi Jasser.

Similarly, the “Honor Diaries” is certainly critical of a facet of Muslim culture, but the point of the film is to prevent more violence to Muslim women, not to merely criticize the perpetrators.

A trailer for the film can be seen at Clarion’s website, at which there is also more information about “Honor Violence.” 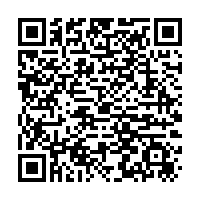