Achdus. Unity. That is a recurring theme for me. The news of our day unfortunately seems to indicate that we are further away from that lofty Jewish goal than ever. It isn’t only a religious/secular divide. It is even a religious/religious divide.

The issues which have always separated Charedim on the one hand and secular Jews, modern Orthodox Jews and religious Zionist Jews on the other – have made us now more divided than ever. The rhetoric on both sides has gone from mild disapproval and grudging acceptance to venomous attacks.


I cannot tell you how much this pains me. The question is, what does the future hold? Are we headed to a point of no return? Will our differences cause us to have an irreconcilable break? Will it be religious brother against religious brother?

But all is not lost. This morning I have been given some hope. I attended the Kriyas Shem (naming ceremony) of my latest granddaughter born to my daughter Tovi. It took place at Arie Crown Hebrew Day School (ACHDS). More about that later.

Just before the naming took place, the principal, Rabbi Eli Samber, took me aside and asked me to take a look at the students in one of their two minyanim. He then asked me if I noticed anything special about it. I picked up on it immediately. The students in that minyan represented the right, left and center. There were boys with black hats, velvet Kipot and Kipot Seruga.

One might think that school that is situated in the Hashkafic center of Orthodoxy would attract mostly Jews of the center. But that is not all they attract. Parents from both sides of the religious aisle send their children there.

One might then think… OK, but these kids have different Hashkafos at home and really have nothing to do with each other outside the school. But that would not be true. In fact it is the furthest thing from the truth. What Rabbi Samber told me next is an amazing fact that should make us all cry. Not because it was bad. Quite the contrary, because of how good it was and compare it to what the rest of the religious world is going through today.

Not only are these students friends. They don’t even see the black hat… or the Kipa Seruga their fellow students wear. It wouldn’t surprise me if you took any one of them into a room by himself and asked him what kind of head covering one of their fellow students was wearing – that they wouldn’t be able to tell you. Rabbi Samber then pointed to one boy who was wearing a Kipa Seruga and told me what a masmid he was. And that the fellow wearing a black hat next to him was such a close friend that he would give up his right arm for him. And what is true about the students is true about the parents and board members.

This! …ladies and gentleman is what Achdus is all about. Which is why Arie Crown’s acronym ACHDS practically spells out that word. I have always known this about Arie Crown, Which is why (among other things) I was so active in it in and continue to so strongly support it.

This is a tribute to Rabbi Samber’s predecessor, Rabbi Meir Shapiro. His decades long tenure as principal there set the tone for the school. One that is being perpetuated by Principal Rabbi Eli Samber, and Assistant Principal Rabbi Neil Kirshner- who is my son in law (and the father of my new granddaughter). They are doing a magnificent job. 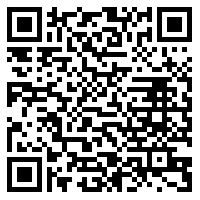