MK Avigdor Liberman, serving as Chairman of the Foreign Affairs and Defense Committee until the end of the deliberation of his trial, says that there is no escape from considering reoccupying the Gaza Strip.

Speaking on Monday morning to Reshet Bet Radio, MK Liberman responded to news of rocket fire into Israel from inside the Gaza Strip, that if Israel does not respond now, then, in two years from now, Hamas will be launching aircraft and missiles into Tel Aviv and possibly Netanya, too.

Liberman also said that Hamas has no intention of accepting a Jewish presence in Israel, and therefore Israel must return to Gaza for a “thorough cleanup job.”

Liberman said he does not know the position of Prime Minister Netanyahu and Defense Minister Ya’alon on his idea. But back in November, 2012, in an official statement representing the views of the defense triumvirate of Netanyahu, Barak and Liberman, the prime minister stated:

“In a phone call I had this evening with President Obama, I agreed with him that we should give the cease-fire a chance in order to enable a lull in the situation and allow for the citizens of Israel to return to routine. However, Israel obviously cannot sit idly while our enemy reinforces itself with weapons of terror. Therefore we decided, President Obama and myself, that the United States and Israel would work together to fight the smuggling of weapons to the terror organizations – weapons, virtually all of which come from Iran.”

So, that one isn’t working out? We now have to go back in? There’s no telling – Liberman is not in the government for the time being, Netanyahu is busy expressing his undying devotion to the 2-state solution, and Barak is back to amassing unconscionable piles of cash using his international connections.

In November, 2012, we watched those three morally corrupt men: Netanyahu, Barak, and Liberman, renege on every last statement they had ever made regarding the war against Hamas. Now that the folly of their cowardly retreat from their own stated goals is starting to threaten anew the lives of Israelis, Liberman tirelessly picks up the same broken promises, undoubtedly to advance his own precarious position.

The fact that Liberman feels he has been left unscathed by his repugnant behavior last time around in Gaza attests to just how little he thinks of our ability to remember betrayals. In his book, our memory is about 8 months long, give or take.

We lost the Gaza war of November 2012. I shudder to think of the defeats Liberman and Netanyahu still have in store for us. 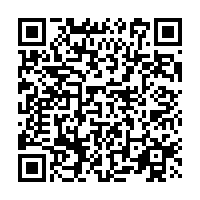