Originally published at Rubin Reports.
In my article, “How to Understand Islamism: Read What Its Leaders Actually Say,” I wrote about how Sunni Islamist leader Yusuf al-Qaradawi:

“Does not talk about the need for urbanization, the equality of women, modern education, and greater freedom as the solution. Indeed, his view is totally contrary to a leftist or liberal or nationalist Muslim who would stress the need to borrow any ideas and methods other than purely technological ones, from the West in order to gain equality and even superiority. Think of how Asia has succeeded–Japan, South Korea, Singapore, and now even China–through eagerness to blend borrowings, adaptation, and its own historic culture. No, for al-Qaradawi the issue [of why the Muslim world hasn’t done better] is completely one of the abandonment of Islam.”

A reader pointed out that in the West, it is assumed to be obvious that Arabs understand that material advancement is necessary for progress and power. For example, Tom Friedman talked about the UN Arab Human development report written by Arab liberals. In other words, the Arabic-speaking world is shaped by the failure of leaders to understand that Western pundits know far more about their society than they do.


Understanding that Friedman doesn’t understand the Middle East, though he has persuaded a big audience otherwise, is the beginning of wisdom on the region. He still insists:

“Read the U.N.’s 2002 Arab Human Development Report about what deficits of freedom, women’s empowerment and knowledge did to Arab peoples over the last 50 years. Egypt, Tunisia, Libya, Yemen and Syria are not falling apart today because their leaders were toppled. Their leaders were toppled because for too many years they failed too many of their people. Half the women in Egypt still can’t read. That’s what the stability of the last 50 years bought.”

But this is not the real issue. It is because—as happened in the USSR, Nazi Germany, and elsewhere in history—the problem is radical ideology in command on the sides of both leaders and the masses. As a result, the masses of the Middle East don’t care about deficits but mainly about hatred, killing, revenge, and–to borrow a term–what is Politically Correct, not Factually Correct. As for the rulers, they know how devastating in terms of stability the kind of policies naive Westerners are.

Remember, the West saw the fall of Communism as the blooming of democracy; the Middle Eastern leaders see it as the wilting of empires. The West remembers the passing of the Soviet bloc as the fall of the Berlin Wall. The Middle East leaders saw it as the fall of their counterparts, and the putting of Romania’s dictatorial couple, the Ceausescu’s, in front of a firing squad. Now, 20 years later, Mubarak is in prison and Qadhafi was killed.

Is Syria in a state of civil war because the regime failed its people or because it tried to ride the tiger by toying with the promotion of Sunni Islamism? Perhaps the regimes inevitably must fail their people because of a lack of resources, the state of their societies, the nature of the dominant ideas, and the era of anarchy that would have to be unleashed by even the best attempt to address the “deficits.”

And perhaps there is a Western”deficit” in understanding the Middle East, a failure to take religion, ideology, and radicalism seriously; the inability to grasp truly that one is dealing with a different history and culture.

Often in this case I think of an incident that happened shortly after the U.S. overthrow of the Taliban regime after September 11, 2001. Pro-Taliban and al-Qaida prisoners rioted and an incredibly brave CIA man went in to try to deal with the situation. He said to one of the Arab al-Qaida volunteers, “Why did you come here [to Afghanistan]?” It was the typical Enlightenment question, an attempt to gain knowledge, the belief that dialogue leads to better understanding.

The al-Qaida terrorist replied, “I came here to kill you.” He knew what he wanted and would not be reasoned with or dissuaded by an explanation that his real enemy was a deficit of women’s inequality. The mob preceded to murder the American brutally.

Now, the United States is still trying to negotiate with the Taliban, to find its moderate wing; the Taliban and al-Qaida still want to murder Americans. And they do.

Think of the perfect symbolism of what happened on February 18, 2011, in Cairo’s Tahrir Square which shows where the locals think the West can physically insert its deficits. President Husni Mubarak had just been overthrown in the “Arab Spring.” There was the huge rally to greet al-Qaradawi with an estimated one million people, ten times what the “moderates” (many of whom were Muslim Brothers in disguise) had been able to muster.

Wael Ghonim, an executive of Google on leave who had been a leader of the revolt, a young man of about 30 and married to an American convert to Islam tried to get on the platform. He was thrown off. Since then, Ghonim has been a political zero.

And so Ghonim, the 30-something hero in the West, got to be in Time Magazine’s list of the world’s 100 most influential people; was presented by the JFK Profile in Courage Aware (whose name was based on a book that had Kennedy’s name on it but was written by my PhD advisor, Professor Jules Davids) by Caroline Kennedy on behalf of “the people of Egypt.” He was listed as the second most powerful Arab in the world by Arabian Business magazine for leading Egyptian youth.

Yet perhaps it would have been more appropriate if the award had been given by a hijab-wearing Caroline Kennedy to the Muslim Brotherhood leadership, who really represented “the people of Egypt.”

What happened to the 80-something al-Qaradawi? Oh, he didn’t get any Western awards or plaudits. He just got Egypt.

Perhaps you remember the old joke about two guys fishing. One says: “I know everything about fishing because I’ve read all the books about it.”

To which his companion replies, “But have the fish read the books?” 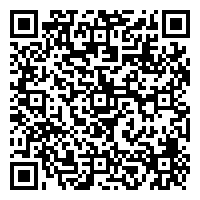